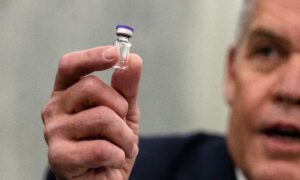 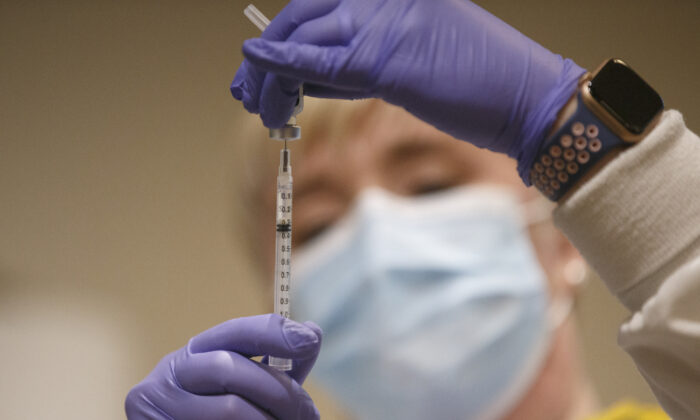 Two health care workers in Alaska suffered reactions, one of which was serious, after receiving the newly approved COVID-19 vaccine.

One Bartlett Regional Hospital worker, a middle-aged woman, had adverse reactions about 10 minutes after receiving the vaccine, the hospital said Wednesday.

The woman received the vaccine on Tuesday. Soon after, she started showing signs of an anaphylactic reaction, with “increased heartbeat, shortness of breath, and skin rash and redness,” the hospital said in a statement.

The woman was given epinephrine, a medication that can treat allergic reactions, and Benadryl, admitted to the hospital, and put on an intravenous epinephrine drip.

Officials said the woman, who was not identified, had no history of allergies or adverse reactions to vaccines.

Lindy Jones, the director of the hospital’s emergency department, said that the reaction was serious but not life threatening.

The worker will stay another night under observation, according to the hospital, which said she “is still encouraging her colleagues to get the vaccine.”

The second affected worker showed symptoms of eye puffiness, light-headedness, and scratchy throat after receiving the vaccine. He was given epinephrine, Pepcid, and Benadryl. He “felt completely back to normal within an hour” and was released from the hospital.

“He too does not want his experience to have a negative impact on his colleagues lining up for the vaccine,” the hospital said.

Both incidents were reported to the Centers for Disease Control and Prevention’s (CDC) Vaccine Adverse Event Reporting System database.

“Our goal is to be transparent with Alaskans and the public,” Alaska’s Chief Medical Officer Anne Zink said in a statement. “We have no plans to change our vaccine schedule, dosing, or regimen.”

The hospital has administered 144 doses of the vaccine.

The vaccine was approved by drug regulators late last week and injections started on Monday.

U.S.-based Pfizer and Germany-based BioNTech made the shot.

The vaccine is meant to immunize against COVID-19, the disease caused by the CCP (Chinese Communist Party) virus.

Drug makers cannot be sued for monetary damages in court over injuries caused by vaccines or other countermeasures for COVID-19, according to an amendment to the PREP Act.

The Food and Drug Administration (FDA), which authorized the vaccine for emergency use on Dec. 11, advised that Americans with allergies should be safe to receive the vaccine. It said that people who have previously had severe allergic reactions to a previous dose of the vaccine, or any ingredients in this vaccine, should avoid getting the shot.

“We put in our label that those who have any evidence of severe allergy to any component of this Pfizer-BioNTech vaccine should not receive it. However, we also, out of abundance of caution, have asked at the distribution sites [for] the available dose of medicines that might be necessary to address it,” FDA Commissioner Stephen Hahn said on Sunday.

Common side effects of the vaccine include pain at the injection site, tiredness, and fever, according to the FDA.

The CDC considers a history of severe allergic reaction to other vaccines a “precaution” but not a reason to avoid the vaccine, Dr. Jay Butler, the CDC’s deputy director for infectious diseases, told reporters on Wednesday at a virtual briefing, according to the Anchorage Daily News. The CDC didn’t respond to a request for comment.

Both workers had a history of allergic reactions.

The country’s medical regulator has said that anyone with a history of anaphylaxis, or severe allergic reactions to a medicine or food, should not get the vaccine.

U.S. officials continued distributing doses of the vaccine on Wednesday, fulfilling plans to ship 2.9 million doses to states for administration.

Drug regulators are slated to consider a second vaccine, produced by U.S.-based Moderna, on Thursday.

A report on Pfizer’s clinical trials showed that four vaccine participants had suffered Bell’s palsy, which is the temporary paralysis of one side of the face, caused by a neurological reaction.

The analysis by the FDA reviewed data from some 38,000 participants aged 16 and older, and found “a favorable safety profile, with no specific safety concerns identified that would preclude issuance of an EUA [emergency use authorization].” It concluded that Pfizer-BioNTech vaccine “met the prescribed success criteria.”

Tom Ozimek and Charlotte Cuthbertson contributed to this report.