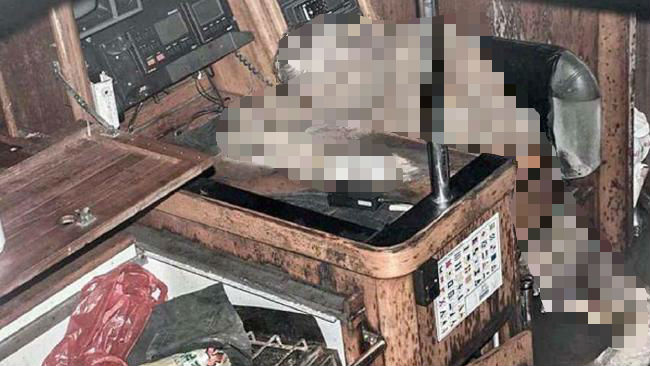 Two fishermen found the mummified body of a German man in a Yacht south of the Philippines, according to authorities.

Photos of the man, Manfred Fritz Bajorat, 59, were being circulated online. They showed Bajorat slumped over what appears to be a radio telephone, according to the Daily Mail (which published graphic photos of his body).

Hot temperatures, salty air, and dry ocean winds may have helped preserve his body. However, it’s not clear what killed Bajorat, described as an “adventurer,” or how long he has been dead.

It has been speculated that Bajorat was sitting near the radio telephone as if he were trying to send out a last Mayday call before he died.

“It is still a mystery to us,” said Navales, who added that it looked like Bajorat “was sleeping.”

It’s not clear how long he had been missing, but sightings of Bajorat weren’t reported since 2009.

FOUND DEAD PERSON-About 4:00 in the afternoon of February 26, 2016, personnel of Barobo PS received information from…

Police spokeswoman Goldie Lou Siega in the Philippines told the agency: “We have no evidence of a second person aboard and no weapon was found on the yacht.”

Mark Benecke, who is a forensic criminologist in the German city of Cologne, told BILD newspaper: “The way he is sitting seems to indicate that death was unexpected, perhaps from a heart attack.”

Two men “noticed one white yacht floating with destroyed sail that prompted the reportee to enter the said boat to verify further and when he [looked] inside, he noticed a male person” who was lifeless.