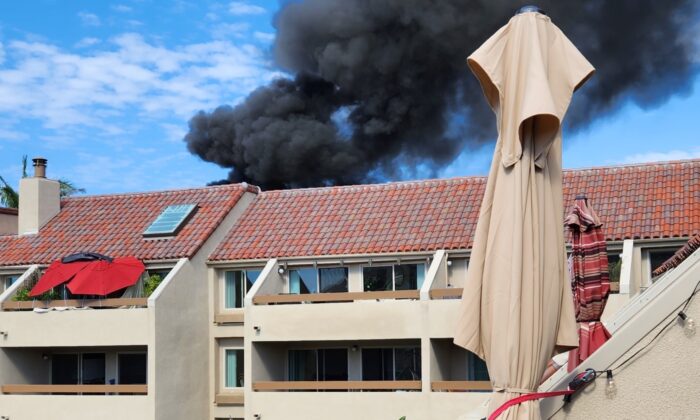 NEWPORT BEACH, Calif.—Two firefighters were injured on Sept. 11 while battling a four-alarm fire at an apartment building in Newport Beach.

The firefighters were rushed to a hospital where their conditions were not immediately known, according to a Newport Beach Fire Department dispatcher.

Firefighters were dispatched at 10:30 a.m. to 200 Promontory Drive West, she said, adding that it was unclear what time the fire was knocked down.

Firefighters were still at the scene Sunday afternoon conducting an extensive mop-up operation.