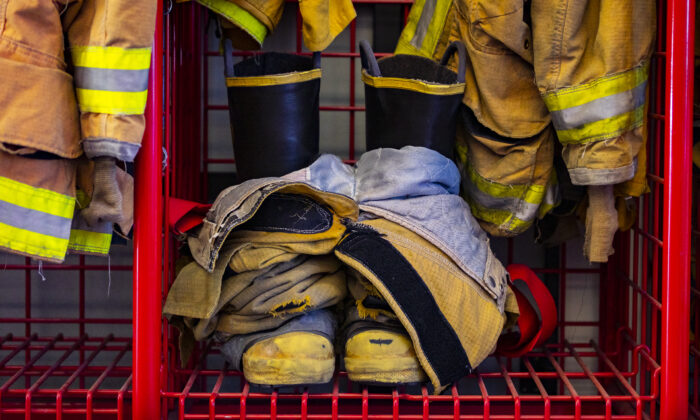 ANAHEIM, Calif.—Firefighters were battling a four-alarm fire at a single-story commercial building in Anaheim today, where two firefighters and three civilians suffered injuries at what police believe was an illegal marijuana dispensary.

The condition and extent of the injuries was not immediately known.

“It looks like they were doing some sort of honey extraction—making hash oil (and) doing a chemical process with marijuana,” said Sgt. Steve Pena of the Anaheim Police Department.

A suspect was severely injured during the process and rushed to an area hospital, Pena said.

There was also an explosion while battling the fire and two firefighters were rushed to a hospital, he said, adding that “it looks like they’re going to be OK.”

Pena added that one suspect as detained, “and, so far, he’s cooperating with our investigation.”

Firefighters from the Orange County Fire Authority and the Orange and Fullerton fire departments were assisting in the effort.