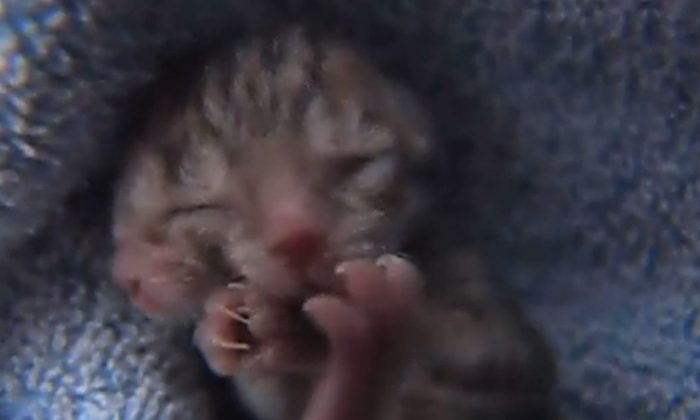 A screenshot of KGW-TV shows the kitten.
US

“The kids … came in and said, ‘Mom there’s a kitty with two heads,'” owner Stephanie Durkee told KGW-TV. “And I said, ‘I think you guys are just tired, you’re crazy, that doesn’t happen.'”

Durkee said the cat’s mother rejected her and has been feeding via a syringe formula.

The phenomenon, while rare, is not entirely unheard of. Cats with two faces or heads are called “Janus” cats but it is specifically known as craniofacial duplication. Janus was the ancient Roman god of beginnings and transitions, and was often depicted with two heads.

In 2011, a two-faced cat named Frank and Louie died, making it the longest-living two-headed cat on record.