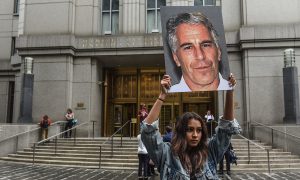 By Covering for Jeffrey Epstein, Can the Media Sink Any Further?
0
Share Now
TelegramFacebookTweetEmailTellMeWeReddit
Copy Link 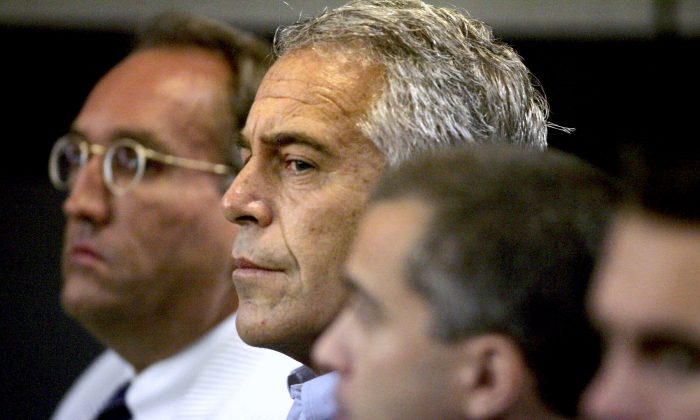 Two correctional guards that were in charge of supervising Jeffrey Epstein at the time when he reportedly killed himself at the Metropolitan Correctional Center in New York have been charged for falsification of prison records, Newsweek reported.

The guards have been identified as Michael Thomas 41, and Tova Noel, 31.

Prosecutors alleged Epstein was left without watch between 10:30 p.m. on Aug. 9 and 6:30 am on Aug. 10, USA Today reported. The charges allege that the federal guards were on the internet browsing for “furniture sales,” “motorcycle sales” and “sports news,” during the hours that Epstein is believed to have committed suicide, and they did not conduct the obligatory inmate checks.

The indictment said that Noel took responsibility for not having conducted two of the inmate checks after a supervisor came to the scene. Thomas said, according to Newsweek that “we messed up,” and then took on individual responsibility, saying that Noel was “not to blame.”

The indictment alleges that the federal guards sat at a desk in a common area at a distance of about 15 feet from where Epstein was jailed.

If they are convicted, Noel would face a maximum of 30 years in prison and 20 years for Thomas.

Kathleen Hawk Sawyer, Director of the Bureau of Prisons, wrote in an email to Newsweek “Any allegations of misconduct are taken very seriously by the agency and will be responded to appropriately. I am committed to this agency and am confident we will restore the public’s trust in us.”

They were assigned to check on him every half an hour, which they allegedly failed to do.

U.S. Attorney Geoffrey S. Berman said, according to a statement from the DOJ,  “As alleged, the defendants had a duty to ensure the safety and security of federal inmates in their care at the Metropolitan Correctional Center.  Instead, they repeatedly failed to conduct mandated checks on inmates, and lied on official forms to hide their dereliction.”

“Correctional Officers swear an oath to carry out their duties.  Completing rounds to verify inmate counts and certifying the accuracy of logs are important tasks to ensure the safety and security of institutions and the wellbeing of inmates.  Those who shirk their duties but falsely state they have completed them place the institution, fellow employees, inmates, and the public at risk,” said DOJ OIG Special Agent in Charge Guido Modano.

FBI Assistant Director William F. Sweeney Jr. said that they allege that these officers falsified records, “We allege these officers falsified records to create the appearance they were following those protocols.  The security risks created by this type of behavior are immense. The message here is simple – citizens place their trust in those who have taken an oath to serve and protect the public, and when that trust is deliberately violated by public servants, who instead choose to break those regulations, then they will be held accountable,” said Sweeney.

The New York Times reported in August that prison and law enforcement officials that knew about the incident said the two guards did not check on Epstein for around 3 hours before he was found.

Epstein, 66, was a multi-millionaire accused of running a sex traffic ring that involved minor girls as young as 14. The convicted sex offender was in federal custody on sex trafficking charges.

Epstein was reported to have attempted suicide on July 23, which resulted in his placement on suicide watch.

According to the Washington Post, at least eight Bureau of Prisons staffers were aware that there were strict instructions not to leave disgraced financier sex offender Jeffrey Epstein alone in his cell, but the order was seemingly disregarded the day before his suicide, according to people that knew about the matter.

Investigators think that at least one of the staffers might have known that Epstein was left alone in his cell before his death, sources told the Washington Post.

Investigators are trying to determine why even though so many prison officials—from low-level officers to supervisors and managers—knew about the instructions, there were many people involved who failed to adhere to them, the people familiar with the matter told the Washington Post, on the condition of anonymity. They didn’t name the eight staffers in question.

“This argument over whether he was on suicide watch or not is like, silly, because if he wasn’t on suicide watch he should have been ‘on watch,’” Giuliani told Fox News in August. “The guy was a high-risk prisoner, wasn’t he? He’s a guy where there are probably 50 very important people that have a motive to kill him. We don’t even know who they are. I’m not acknowledging that any of the people named. But it’s true there are some people who are in a lot of trouble because of Epstein.”

Attorney General William Barr stated, “I was appalled, and indeed the whole Department was, and frankly angry to learn of the MCC’s failure to adequately secure this prisoner. We are now learning of serious irregularities at this facility that are deeply concerning and demand a thorough investigation.”

He pledged a full investigation and that co-conspirators will be held accountable.

“We’ll get to the bottom of what happened and there will be accountability,” he added.

“Let me assure you that this case will continue on against anyone who was complicit with Epstein,” he said. “Any co-conspirators should not rest easy. The victims deserve justice and they will get it.”