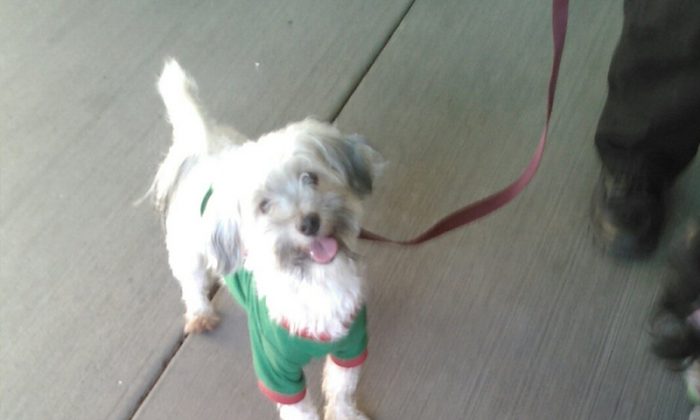 (City of Perris)
US News

Two dogs recovered from the house in California where two adults allegedly tortured their children have been put up for adoption.

The two Maltese mixes, one black and white, are one year old and female.

The dogs are in “good condition” Perris city spokesman Joe Vargo told The Press-Enterprise. Senior Animal Control Officer Christina Avila added in a news release that the dogs appear healthy and friendly and are leash-trained.

“Following the initial period, animal control officers will make contact and inspect the residences of all those who have submitted the required information to determine whether those homes are suitable for the dogs. The City is limiting the raffle to Perris residents so Animal Control Services officers can inspect prospective homes to ensure they are adequate to accommodate the dog,” the city stated.

“Those deemed acceptable will be placed into the raffle and one will be drawn at random. The dogs will be spayed and immunized prior to being placed in a new home.”

The dogs will be placed by Feb. 5.

The dogs were owned by Louise and David Turpin, who were arrested on Sunday after police officers received a 911 call from one of their 13 children.

When officers entered the home, about 70 miles east of Los Angeles, they found all the kids were malnourished and dirty, and some were shackled to beds and other heavy objects.

The parents appeared in court for the first time on Thursday. They’re facing dozens of charges, including torture and child abuse, and face 94 years to life in prison if convicted of all the charges.

While the dogs appeared to have been treated well, a kitten that the family owned at one point apparently met a dismal fate.

Ashely Vinyard, who lived across the street from the family when they lived in Texas, said the family owned a host of animals—dogs, cats, and goats—with animal cages and newspapers “strewn about on the floor.”

Soon enough, the family had moved away, and left a big garbage dumpster in front of the house. That’s where Vinyard told the Daily Mail she found a kitten the family left behind.

“They had a huge garbage dumpster at their house and we heard a baby kitten crying. We pulled a baby kitty from the dumpster and kept it. There were other whimpering sounds coming from their property, but we could never find where they came from,” she said.

“The dumpster smelled of death, who knows what was buried in it.”