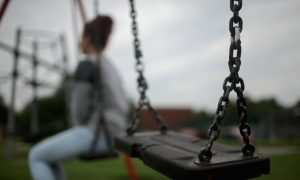 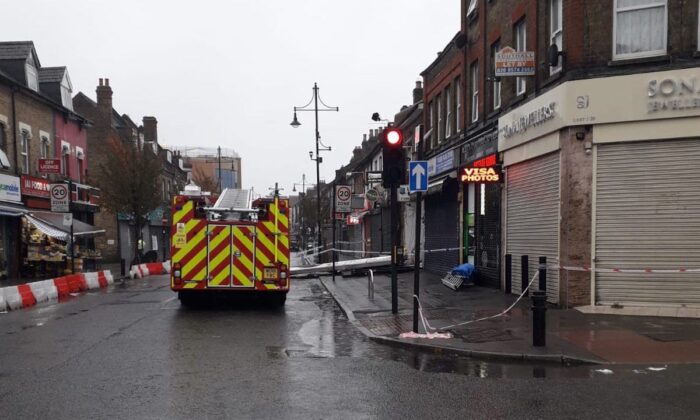 A fire engine at the scene of an explosion and building collapse in Ealing, London on Oct. 21, 2020. (London Fire Brigade)
UK

Two Die in Shop Explosion and Collapse in London

Two people have died in a suspected gas explosion and building collapse at a shop in London, according to London Fire Brigade

Firefighters have been at the scene since this morning, trying to stabilize the collapsed shop after rescuing five people, but worried that more fatalities could be in the wreckage.

“Our crews have searched the property using specialist equipment including the use of [search and rescue] dogs,” said Station Commander Paul Morgan in a statement. “We can confirm that sadly two people have died at the scene.”

Morgan said that stabilizing the building alongside the search was “painstaking” work. “Operations have been concluded for the evening and will restart in the morning.”

The explosion caused substantial damage to the shop and structural damage throughout, at the property in Kings Road, Ealing.

“In the initial stages firefighters rescued four adults and one child … at the rear of the property using a ladder,” said Morgan. “A further fourteen adults and two children self evacuated from surrounding properties.”

According to the BBC, the shop was a hair salon and mobile phone shop.

The owner of the phone shop, Jatinder Sing, said that he was not present when the explosion happened.

“It seems like an explosion of a gas cylinder and there is a flat upstairs and my shop is downstairs,” he told the BBC.

“I have lost my everything. We were struggling from the coronavirus period as well—too much stock in the shop and no sales for a long time so I don’t know how we will survive.”

Firefighters can be seen climbing into the building to help a person trapped in a flat.

A local business owner told the Evening Standard, “There was a huge bang like an explosion. My shop shook. We hear there are injuries. … it’s a shock to us all.”