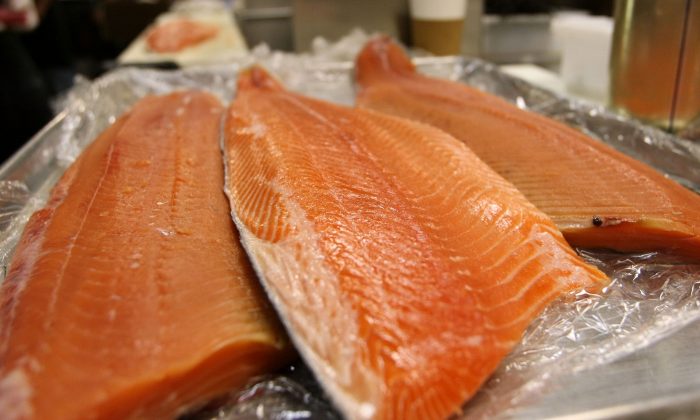 Two elderly people in NSW and Victoria have died after contracting listeriosis linked to contaminated smoked salmon from Tasmania.

The Australian Department of Health is also investigating a Queensland case of the infection, which is caused by listeria bacteria.

All three cases were in people aged over 70.

The pair who died also had “significant underlying health conditions” the department said on July 24.

Tasmania’s Primary Industries Minister Guy Barnett said salmon products from the state were believed to be behind the three cases.

“The evidence that I’ve been provided from the department is that apparently that is the case,” he said.

Barnett said the state’s salmon producers had been cleared of breaching any food safety laws after an investigation by the department and other health authorities.

Several people in NSW and Victoria died last year after an outbreak of listeria in rockmelons.

The bacteria can grow in refrigeration systems and produces mild symptoms in healthy people but can be deadly to those with lowered immune systems.

“This is a timely reminder for people to ensure that food is handled, prepared and stored safely, and that those most at-risk of listeriosis avoid certain foods,” the federal health department said.

Foods that have a higher risk of contamination include chilled seafood, cold meats, cold cooked chicken and pre-packaged fruit or vegetable salads.

Those at increased risk include pregnant women and their unborn babies, newborn babies and the elderly.

Symptoms are flu-like, such as fever, chills, muscle aches, and nausea.