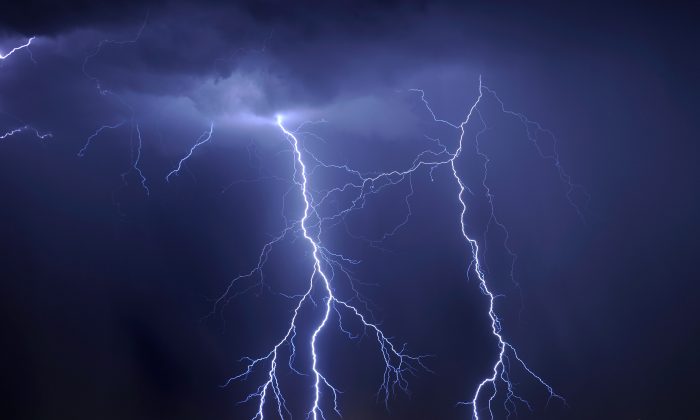 Two campers at a Boy Scouts Adventure program have died from the severe thunderstorms causing havoc in Northern Minnesota on Thursday morning.

The victims were a 13-year-old boy and a 39-year-old female volunteer with the Northern Tier High Adventure Base Program, confirmed Lake County Sheriff Carey Johnson via the Minneapolis Star-Tribune. The group, which was composed of three adults and six boys, had been camping near the Basswood Lakes at the Canadian border when a tree fell on their tents.

Lt. Nate Skelton of the St. Louis County Sheriff’s Office said they received a distress call at around 5:15 a.m., after which a floatplane was dispatched to evacuate the campers. In addition to the two deceased, another two campers were injured and were taken to a hospital in Ely, Minnesota.

More than 55,000 customers lost power in northeastern Minnesota and northwestern Wisconsin, according to Lake Country Power and Minnesota Power, via the Star-Tribune. KSTP said 25,000 people were without power in the Twin Cities before 5:30 a.m., according to Xcel Energy.

Duluth school district’s programs, along with The University of Minnesota Duluth and College of St. Scholastica, were also closed Thursday due to the severe weather, according to the Duluth News Tribune.

Along with the thunderstorms, an excessive heat warning is also under effect in Minnesota until 7 p.m. Thursday according to weather.com. Minneapolis’s high for Friday is 97 degrees, with a heat index that could push 115.