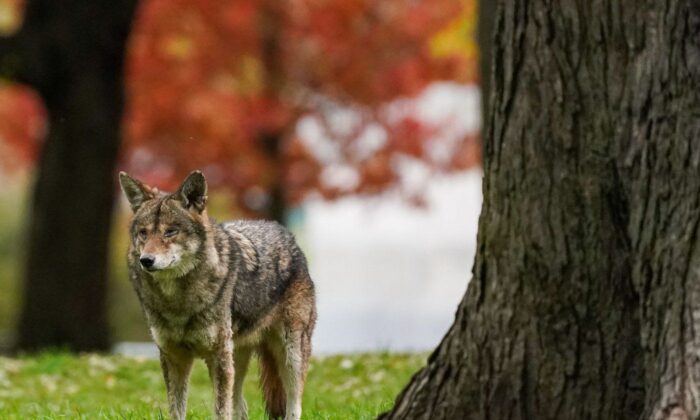 A coyote walks through Coronation Park in Toronto on November 3, 2021. (The Canadian Press/Evan Buhler)
Canada

The city of Burlington, Ont., says it has eliminated two coyotes identified by victims in a string of recent attacks on humans and the search is still on for a third.

There have been seven unprovoked coyote attacks on humans reported over the last several weeks.

The city says staff recently met with Ministry of Natural Resources and Forestry experts about the pattern.

It says the provincial experts believe that the aggressive coyotes are a family that have been conditioned to see humans as a food source due to people feeding them.

The third coyote is described as small and sandy-coloured, the same characteristics as a coyote in the most recent two attacks on people on Sept. 10 and Sept. 17.

City of Burlington Animal Services, Halton Regional Police Services and a certified wildlife control professional have been tracking the coyotes and residents are being asked not to interfere with operations.