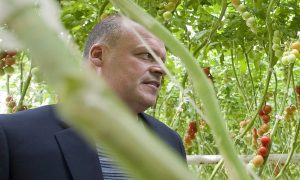 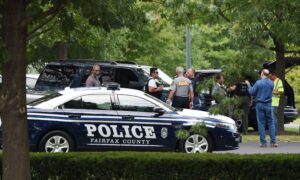 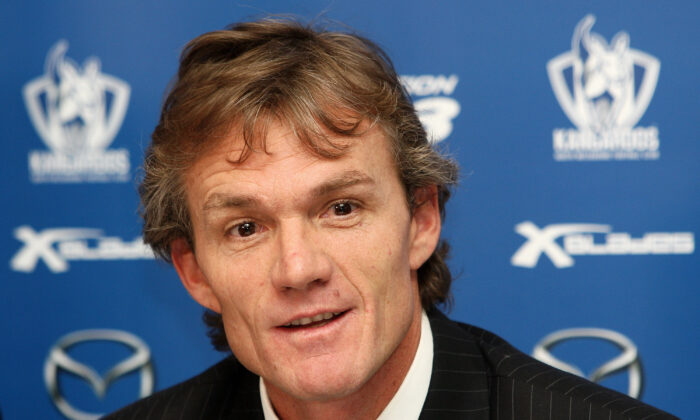 Dean Laidley announces that he is standing down as coach of the North Melbourne Kangaroos AFL Club, on June 16, 2009 in Melbourne, Australia. (Quinn Rooney/Getty Images)
Australia

Two senior constables have been suspended so far over the leaked pictures of former AFL player and coach Dean Laidley inside a police station.

The first Victorian police officer accused of sharing the photos was suspended with pay on May 4, and is expected to be charged with accessing police information without authorisation.

The second officer was suspended on Tuesday and is likely to face the same charge, which carries a maximum penalty of two years in prison or $40,000 in fines.

Deputy Police Commissioner Shane Patton said on Monday that six police officers were sent the photos via WhatsApp and they could face charges if it’s found they disseminated them further.

It is unclear whether the constable suspended on Tuesday is among the six officers.

The dissemination of the pictures of Laidley in the station’s interview room was an “appalling” act, Patton said.

The photos appeared on the front pages of The Herald Sun and The West Australian newspapers on Monday.

The 53-year-old was photographed wearing a long blonde wig and a dress after his arrest outside a home in St Kilda on Saturday night.

Laidley is facing stalking and other charges, and remains in custody until May 11 after not applying for bail.

“Victoria Police plays a vital role in assuring the safety of the Victorian community – but they can only succeed in that role if their conduct inspires public confidence,” VEOHRC commissioner Kristen Hilton said.