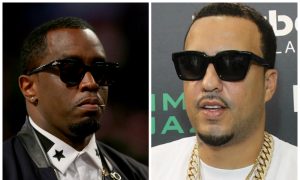 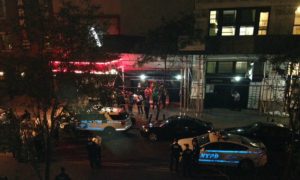 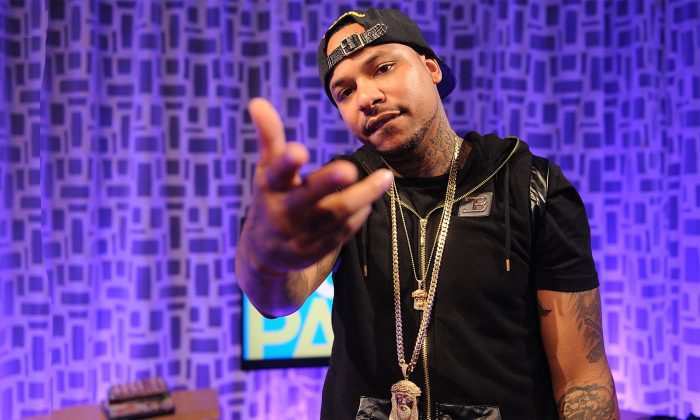 Pickens and a friend were shot as they sat in his silver Porsche at a red light. Pickens was shot 15 times and died of his wounds. His friend was also hit but survived.

“In another example of the mindless gun violence plaguing our country, a young, up-and coming musician had his life and career dramatically cut short by a burst of senseless shooting that also wounded an acquaintance,” Queens District Attorney Richard Brown said in a statement.

The two arrested for the shooting were already in police custody on unrelated charges.

“I’m very relieved that we’re at this point,” Pickens’s widow, Janelli Caceres, told the Daily News. “We’ve been waiting for this day for 2 1/2 years.”

Pickens had performed at Club Red Wolf in Brooklyn, on May 17, 2015, finishing up after 2:30 a.m. He and a friend and two security guards drove to a nearby bar, which was closed, and then headed on to other locations.

Pickens was driving with his friend, 27-year-old Antar Alziadi, known as Yemen Chee$e, in a silver Porsche Panamera. Pickens normally had his security guard drive; on this night, however, he opted to drive himself, NYPD Chief of Detectives Robert Boyce told the Daily News.

Pickens’s Porsche was stopped at a traffic light near Queens Blvd. at 84th Drive in Briarwood when another car pulled up alongside and at least one gunman opened fire. The second car had tailed the Porsche from the club, it later turned out.

Pickens was hit 15 times. Alziadi was shot in the back. Both were transported to Jamaica Hospital where Pickens died.

NYPD detectives worked for more than two years to identify the people responsible for the crime. On Thursday, Dec. 14, police arrested Quincy Homere, 32, and Jamar Hill, 26, for the 2015 murder.

“This indictment shows that the two defendants essentially stalked their victims before shooting them and making a getaway,” O’Neill said.

“But through the talent and tenacity of the Queens South detectives, working closely with the office of the Queens District Attorney, they have now been brought back to answer for this violent act.”

Hill had apparently been out on bail from a July 2014 armed robbery in Queens on the night he helped kill Pickens. Hill pleaded guilty to first-degree robbery and was sentenced to five years in Cape Vincent Correctional Facility in Jefferson County.

Homere was serving time in a federal penitentiary for the Nov. 9, 2015, robbery of a Long Island bank. He had been identified by DNA and arrested in Florida, then sent to New York.

Homere had also done federal time for passport fraud in 2006.

In 2005, Homere was arrested for assaulting a New York City firefighter named William Carberry with a hammer during an incident of road rage. During the incident, a Nassau County police officer arrived at the scene and stopped the assault before Carberry could be more seriously injured.

Homere was charged with second-degree assault and fourth-degree criminal possession of a weapon.

Hill and Homere face charges of second-degree murder, second-degree attempted murder, first-degree assault, and second-degree criminal possession of a weapon for the killing of Pickens. Each faces 25 years to life in prison if convicted.

“There’s always the issue of retaliation in these things, “Boyce added.

Pickens was in jail at the time of that murder, serving four years for an armed robbery committed in 2002 and selling crack cocaine in 2003.

Pickens was part of French Montana’s Coke Boys group. Bundles ran with Jim Jones of the Dipset and ByrdGang groups.

If you enjoyed reading this article, please share it with your friends.