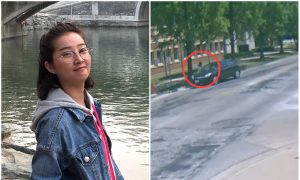 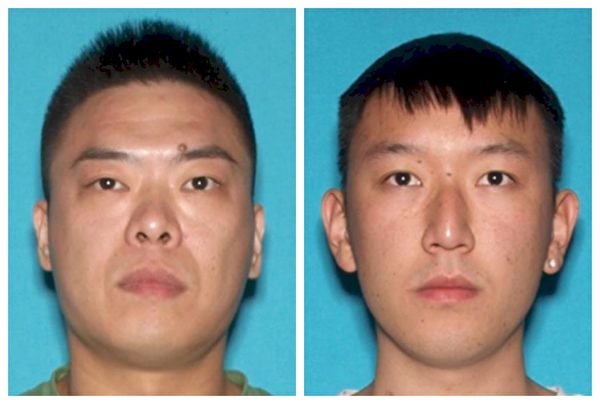 Peicheng Shen, left, and Guangyao Yang, right, are seen in photos released by the FBI. (Screenshot/FBI)
US News

Two Chinese nationals who allegedly kidnapped a luxury car dealer and asked for $2 million in ransom in Los Angeles County last year have been indicted, according to the U.S. Department of Justice.

Guangyao Yang, 25, and Peicheng Shen, 33, who once lived in West Covina, Calif., and are now believed to be in China, were charged with conspiracy to kidnap, kidnapping, attempted extortion, and threat by foreign communication, according to a DOJ statement released on Feb. 28.

The victim, 28-year-old Ruochen Liao, was kidnapped in July 2018 and has been missing since then. He is now presumed dead, authorities said.

Liao came to the U.S. in 2008 for college and later moved to Santa Ana, Calif. He then lived there for several years and ran a business selling luxury cars, KTLA reported.

Using an alias, Shen contacted Liao several times, saying he could help Liao collect a debt from another individual. On July 16, 2018, Shen allegedly kidnapped Liao at a San Gabriel shopping center when they were having their third meeting, according to court documents cited by the statement.

After being kidnapped, Liao was taken to a house in Corona.

“At that house, Shen and Yang allegedly confined the victim by binding his legs together, taping his eyes shut, restraining his arms behind him, and confining him in a closet,” the DOJ statement says.

The next day, Liao’s father received a demand for a $2 million ransom in exchange for his son’s life along with photos of Liao physically restrained in the closet.

FBI officials said the suspects’ demand was not followed up, and there were no other attempts made to contact the family afterward, according to KTLA.

“Investigators believe the victim died during the course of the kidnapping, and they are seeking the public’s assistance in locating his body,” said the statement.

The indictment also indicates that on July 18, Shen and Yang allegedly drove to the area of Mojave, California, in an attempt to bury or otherwise dispose of the victim’s body or other physical evidence involved in the crime.

On that same day, Shen allegedly had the closet of the Corona house re-carpeted. Yang also performed an Internet search to determine, in effect, how fast a corpse decomposes in soil.

In August 2018, the FBI announced a reward of up to $25,000 for information leading to the recovery of Liao. Currently, the authorities are focusing their search efforts in the Mojave Desert.

The FBI’s Los Angeles Field Office urges people with information about the case or about associated suspicious activity to call the office at (310) 477-6565.

Liao’s family also provides a reward of up to $150,000 for information that could lead to Liao’s safe return.

“Our hope is that Tony is still alive, and we’re operating under the premise that he is still alive, which is why this reward and this publicity is so crucial to the case,” attorney Matthew Lombard, who represents Liao’s family, said during a press conference last year.