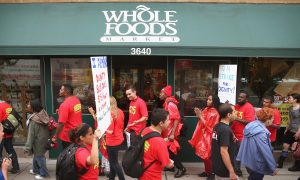 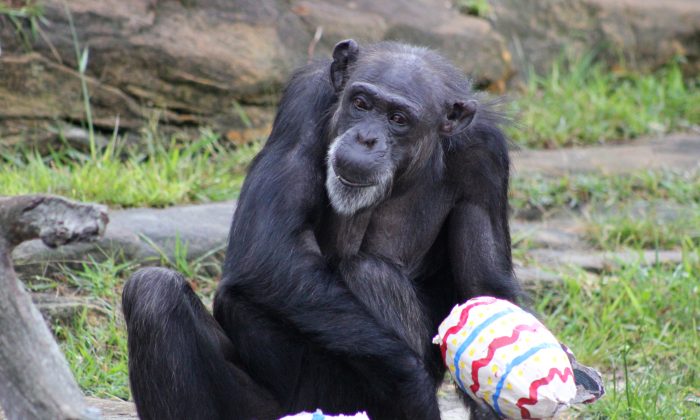 A New York judge granted two chimpanzees the legal right to stand in court on Monday, marking the first time that the “human” rights of animals have been recognized in a U.S. court. The decision was made concerning a lawsuit filed by the Nonhuman Rights Project (NhRP) against Stony Brook University, which was using the animals for biomedical research.

“Under the law of New York State, only a ‘legal person’ may have an order to show cause and writ of ‘habeas corpus’ issued in his or her behalf. The Court has therefore implicitly determined that Hercules and Leo are ‘persons,'”NhRP, the animal rights activist group, said in a statement.

The group has previously filed multiple lawsuits as part of a campaign to extend legal personhood to chimpanzees, the extant animal species most closely related to humans. Steve Wise, the head of the group, has called for the expansion of legal personhood to include not only chimps but also bonobos, and has labeled their current treatment by humans as “genocide.”

The Monday ruling is not the first time a court has granted basic rights to a primate. In December, an Argentine judge ruled that orangutan at the Buenos Aires zoo had certain rights as a “non-human person.”

Wise argues that chimpanzees and bonobos possess a wide-range of human-like qualities that makes them a suitable candidate for personhood. Ironically, their likeness to humans are one of the primary reasons that chimps are so commonly used in medical research.

For instance, the chimpanzee is the only animal that can be infected with all five hepatitis viruses, and lab experiments have led to the development of vaccines for hepatitis A and B as well as antibodies for non-Hodgkin’s lymphoma and Crohn’s disease. Chimps are also used by researchers working on a vaccine for Ebola.

Still, experimentation on chimps are being being gradually scaled back, both out of concern for animal rights and because of technological breakthroughs that make live experiments superfluous. In 2013, the National Institute of Health chose not to breed an additional 50 chimps for research purposes per the advice of an independent council.

“Americans have benefitted greatly from the chimpanzees’ service to biomedical research, but new scientific methods and technologies have rendered their use in research largely unnecessary,” said NIH Director Francis Dr. Collins.