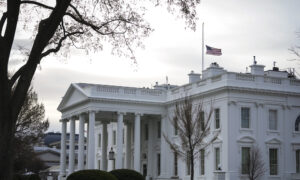 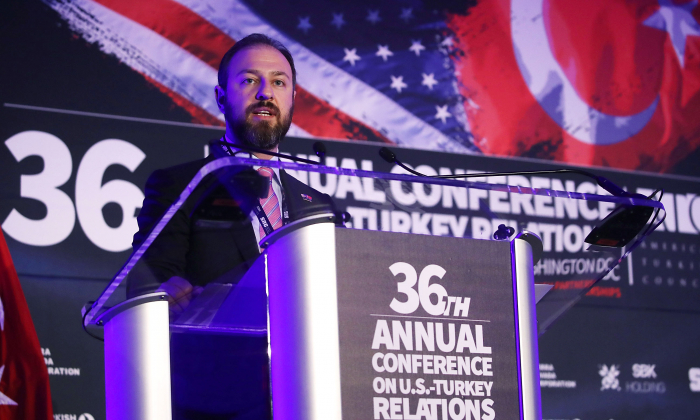 Turkish businessman Ekim Alptekin, chairman of the Turkey-U.S. Business Council, delivers opening remarks during the 36th Annual Conference on U.S. Turkey Relations at the Trump International Hotel in Washington, on May 22, 2017. (Mark Wilson/Getty Images)
US News

Department of Justice (DOJ) prosecutors charged two business associates of former National Security Advisor Michael Flynn on Dec. 17 with conspiring to lobby U.S. officials on behalf of Turkey and lying to cover up the alleged crime.

In an indictment, unsealed in the federal court, the U.S. government accuses Bijan Rafiekian and Kamil Ekim Alptekin of conspiring to influence U.S. officials and the public on behalf of the Turkish government.

Rafiekian founded the Flynn Intel Group with Flynn to offer advisory services based on Flynn’s national security expertise. Alptekin, a dual Dutch-Turkish citizen, engaged Flynn and Rafiekian to conduct an opposition research and lobbying effort focusing on Fethullah Gulen, a Turkish imam and writer living in the United States.

Alptekin and Rafiekian conspired to cover up the fact Turkey’s government had approved the budget for a direct lobbying project, according to the indictment. Alptekin used his Netherlands-based company Inovo BV to conceal the source of payments to Flynn Intel Group, according to court documents.

Flynn, his company, and Inovo BV are not named in the indictment (pdf), but their identity can be discerned based on Flynn’s Foreign Agent Registration Act (FARA) filing (pdf), lobbying disclosures with Congress (pdf), and the Dutch business registration for Inovo BV (pdf).

Prosecutors from the U.S. Attorney’s Office Eastern District of Virginia unsealed the charges against Alptekin and Rafiekian on the day before Flynn’s sentencing hearing. In a case being prosecuted by special counsel Robert Mueller, Flynn admitted to making false claims in the FARA filing about the Turkish lobbying project.

As part of the plea deal, Mueller did not charge Flynn with perjury in relation to his work in Turkey. The special counsel instead charged Flynn with lying about his conversation with Russian ambassador Sergey Kislyak.

Court documents show Rafiekian, Alptekin, and Flynn began discussing a potential project for Turkey in late July, 2016, shortly after the United States declined a Turkish request to extradite Gulen. Turkey accused Gulen of orchestrating a failed coup on July 15, 2016, and filed formal extradition paperwork with the United States on July 23. The U.S. State department and DOJ declined the request, citing a lack of evidence.

Shortly after receiving the go-ahead from the Turkish government, Rafiekian, and Alptekin took steps to conceal the source of funds and influence, renaming the lobbying project from “Project Freedom” to “Operation Confidence” and establishing a payment arrangement where Inovo BV would wire a total of $600,000 to Flynn Intel Group, with Alptekin receiving 20 percent as a kickback, the prosecutors allege.

Flynn was included on several emails with Alptekin and Rafiekian, which mention Alptekin is speaking with senior Turkish officials. The trio would go on to meet with Turkish officials in New York City on Sept. 19, 2016. At the time, Flynn was part of Trump’s presidential campaign. He would go on to become the national security advisor in The White House before resigning on Feb. 13, 2017.

According to Flynn’s retroactive FARA filing, his company was engaged to make a film about Gulen but the film was never completed. Instead, the Flynn Intel Group’s work would culminate in an op-ed with Flynn’s byline published in The Hill newspaper and website on Nov. 8, 2016, the day before the presidential election, according to court documents. The op-ed called on the United States to return Gulen to Turkey.

“We all remember another quiet, bearded, elder cleric who sat under an apple tree in Neauphle-le-Château in the suburbs of Paris in 1978,” Flynn said in the article. “He claimed to be a man of God who wanted to topple a dictator and return the power to the people. Washington believed him.”

“The world has never been the same since that irreversible mistake,” Flynn added. “Ayatollah Khomeini, the quiet man of God under the apple tree, created the world’s top sponsor of terror.”

Some of the language in the editorial came from Rafiekian, including a descriptive passage drawing parallels between Gulen and the Islamic leader of Iran.

After the op-ed was published, the DOJ’s FARA unit contacted Flynn to investigate the circumstances surrounding the publication. According to court documents, Rafiekian and Alptekin knowingly deceived Flynn Intel Group’s external attorneys who were working to determine whether the company should file a retroactive FARA registration.