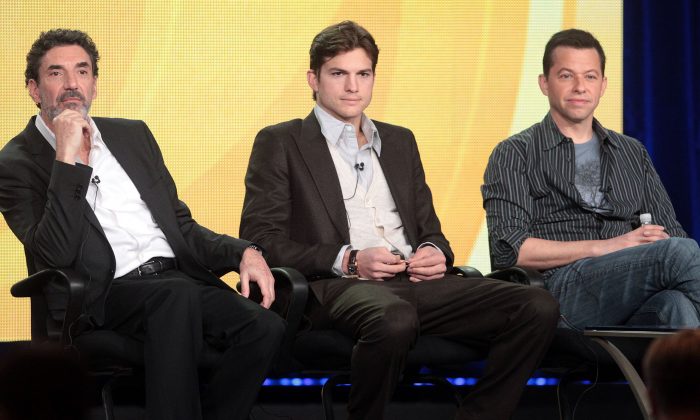 Executive producer Chuck Lorre and actors Ashton Kutcher and Jon Cryer of the television show 'Two And A Half Men' speak during the CBS portion of the 2012 Television Critics Association Press Tour at The Langham Huntington Hotel and Spa on January 11, 2012 in Pasadena, California. (Frederick M. Brown/Getty Images)
Entertainment

“Two and a Half Men” will add a new character: Charlie Harper’s long-lost daughter.

Deadline.com reported that the CBS sitcom will add a regular female character to the cast. The daughter will be in her teens or late 20s.

The new character change will be unveiled when the show returns in the fall.

According to the report, the yet-to-be-name character will show up looking for Harper, the character played by Charlie Sheen who is now dead. She will then come into contract with Walden Schmidt, played by Ashton Kutcher.

CBS said in April that it would renew “Two and a Half Men” for another season, it’s 11th, reported TV Guide.