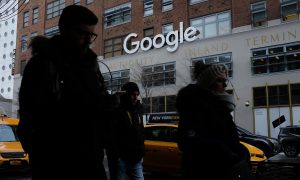 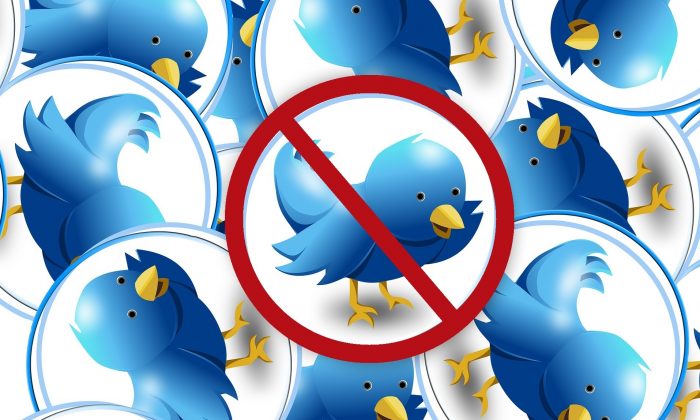 Twitter appears to have modified its practice of shadow banning—the unannounced suppression of a social-media user’s content—in the leadup to Twitter CEO Jack Dorsey’s scheduled hearing before Congress.

“Flying to DC for 2 hearings Wednesday with the Senate Intel Committee to share Twitter’s work to protect election integrity, and the House Energy and Commerce Committee to show our commitment to impartiality, transparency, and accountability,” Dorsey wrote in an Aug. 31 tweet.

Around the same time, supporters of President Donald Trump began reporting that their Twitter accounts no longer appear to be affected by Twitter’s “quality filter.”

The filter removes affected accounts from search results unless the user manually switches the filter off. The filter then snaps back on after each search.

The Epoch Times previously reviewed more than 50 accounts identified by hashtags commonly associated with Trump supporters, such as #MAGA, and Trump opponents, such as #TheResistance. Almost all accounts of the Trump supporters were targeted by the filter.

None of the accounts used by Trump opponents were apparently targeted by the filter, according to the confirmation function on the website Shadowban.eu, which our reporter repeatedly tested to verify it can indeed identify accounts that have been affected.

When the same pro-Trump accounts were tested Sept. 1, none of them appeared to be affected.

Under the hashtag #QFDBanLifted, users have posted thousands of tweets rejoicing over what some called being released from “Twitter jail.”

Many, however, expressed skepticism.

“This appears to be a coordinated effort by Twitter to cover up any wrongdoing before testifying in front of Congress,” said Mike Tokes, a pro-Trump political strategist who runs a social media consulting firm, in a Sept. 1 tweet.

“I’m not celebrating just yet, Jack’s engineers may have found a way to circumvent the latest shadowban detector,” said user Silent Lucidity, in a Sept. 1 tweet.

Other users have pointed out that their accounts still appear to be throttled.

“I’ve been stuck at 246,250 followers for a week now. Including today,” Scott Presler, vice chairman of the Young Republicans of Virginia Beach, Virginia, told The Epoch Times over Twitter. “I gain and lose every single day and seem to even around that number. My impressions are only around 200,000 per day, which is incredibly low for the amount of followers I have and retweets I get.”

Twitter executives previously stated that tweets and search results are “ranked lower” if posted by “bad-faith actors who intend to manipulate or divide the conversation.”

Twitter never clarified what determines “bad faith,” but said it includes “actions you take on Twitter,” such as who one follows or retweets, and even factors beyond one’s control, such as “who mutes you, who follows you, who retweets you, who blocks you.”

The alleged slant in Twitter filtering matches how one of the company’s engineers, Pranay Singh, described algorithms that are supposed to identify automated “bot” accounts.

In reality, the majority of the algorithms targeted Republicans, Singh told undercover reporters from Project Veritas.

In addition to scrutiny from Congress, the president addressed shadow banning on July 26, and promised to “look into this discriminatory and illegal practice at once.”

On July 27, Rep. Matt Gaetz (R-Fla.) said he filed a complaint against the company with the Federal Election Commission.

Gaetz and several other prominent Republican congressmen had their Twitter accounts scrapped from the platform’s search-suggestion function. Twitter stated it was because of the behavior on Twitter exhibited by their followers.

Gaetz was convinced he was targeted since it appeared that all of the affected congressmen were Republicans. He said the suppressing of his account amounted to an illegal in-kind campaign contribution to his opponents.

Google and Facebook also are facing scrutiny for practices that appear to be suppressing conservative voices.

Trump said at a campaign-style rally in Indiana on Aug. 30 that his administration is standing up for free-speech rights, warning that large social media companies can’t be allowed to “control what we can and cannot see.”

“You look at Google, Facebook, Twitter, and other social media giants and I made it clear that we as a country cannot tolerate political censorship, blacklisting, and rigged search results,” Trump said.

“We will not let large corporations silence conservative voices,” he added, noting that “it can go the other way someday, too.”

The president slammed Google in a pair of tweets of Aug. 26 citing a report which found that 96 percent of Google News results for “Trump” was from left-wing media.

Trump’s economic adviser, Larry Kudlow, later told reporters that the White House was “taking a look” at Google, saying the administration would do “some investigation and some analysis,” without providing further details.

Earlier this summer, the new Republican chair of the Federal Trade Commission (FTC), Joseph Simons, said the agency would keep a close eye on big tech companies that dominate the internet. In a previous investigation, the FTC decided that Google was likely justified in developing a search function that harmed other companies.