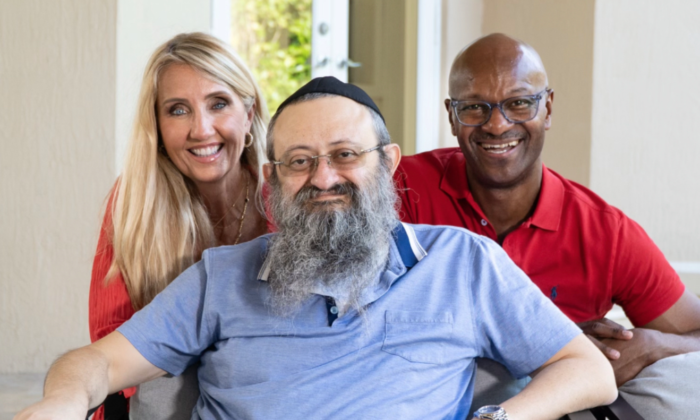 Dr. Vladimir Zelenko, a Nobel prize-nominated physician who famously discovered and distributed an early treatment protocol for COVID, dubbed the “Zelenko Protocol,” passed away from cancer on June 30, 2022.

The next day, some Twitter users started taking note of the suspension of the account of the Zelenko Freedom Foundation, a group dedicated “to provide funding to social entities and social activities surrounding education, leadership development, health literacy, advocacy, public policy, social, health and community development,” according to their website.

“It is no secret that big tech abhors free speech and instead worships at the altar of Marxist collectivism and group-think. The Silicon Valley speech cartel has sunk to new lows when Twitter suspended the Zelenko Freedom Foundation account less than 24 hours after the passing of Dr. Vladimir Zelenko,” co-chair of the Zelenko Freedom Foundation, Ann Vandersteel, told The Epoch Times.

“If they had bothered to do even the most basic of inquiries they would have learned that the account was run by the foundation, not by Dr. Zelenko. The account wasn’t established for some end around their ridiculous ban of Dr. Zelekno, the account was established to represent the interests of the Foundation, which is committed to investing in individuals and technologies that will save and extend the lives of people all across the globe,” she said.

Vandersteel thinks that the suspension of the foundation’s account was done for “no reason other than petty vindictiveness.”

“The question is, what does Elon Musk think? Does he believe in saving lives or does he want those lifesaving technologies silenced?”

Zelenko had been practicing in Monroe, New York, in 2020 during the outbreak of COVID-19, and is credited with having treated about 7,500 patients with his method.

Zelenko could not sit back and wait for politicians and health officials to agree on prescribed treatments, so he came up with the “Zelenko Protocol”—a combination of hydroxychloroquine (HCQ), zinc, azithromycin, and other drugs, including steroids, and later informed then-President Donald Trump about it via a letter.

The other co-chair of the foundation, Kevin Jenkins, told The Epoch Times that the suspension reminded him of a Martin Luther King quote:

“When Ann and I spoke with Dr. Zelenko, regarding the mission of this Foundation he said, ‘I want the truth to spread like a mantra!'” Jenkins said.

“Our team at the Zelenko Freedom Foundation will stay true to Dr. Zelenko and Dr. King! We will fight to the end to save humanity! Come join us Zfreedomfoundation.com. Dr. Zelenko’s dream will not be deferred!” he added.