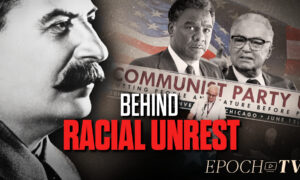 The logo of Twitter is displayed on the screen of a smartphone and a tablet in Toulouse, France, on Oct. 26, 2020. (Lionel Bonaventure/AFP via Getty Images)
Business & Economy

Twitter has announced it’s closing its two largest offices in New York City and San Francisco, which reopened just two weeks ago, citing concerns about the dynamics of the pandemic.

“After careful consideration of the CDC’s updated guidelines, and in light of current conditions, Twitter has made the decision to close our opened offices in New York and San Francisco as well as pause future office reopenings, effective immediately,” a Twitter spokesperson said in a statement.

The Centers for Disease Control and Prevention (CDC) on July 27 revised its guidance on masking, citing the threat of the Delta variant, with the agency now recommending fully vaccinated people to mask up indoors in public places if they’re in areas of “substantial or high transmission.” According to the CDC, most of California falls into that category, though a handful of counties are at “moderate” and “low” levels. The bulk of New York counties are “moderate,” with several in the “substantial or high transmission” category.

“We’re continuing to closely monitor local conditions and make necessary changes that prioritize the health and safety of our Tweeps,” the Twitter spokesperson said.

While the CDC’s guidance isn’t binding, it has been closely followed by health departments, businesses, and other entities across the country, often calibrating policies according to the agency’s recommendations.

California health officials have issued revised guidelines for mask-wearing that recommend universal masking indoors statewide, a posture that is stricter than the updated CDC guidance.

“To achieve universal masking in indoor public settings, we are recommending that fully vaccinated people also mask in indoor public settings across California,” the California Department of Public Health (CDPH) stated in a July 28 notice. “This adds an extra precautionary measure for all to reduce the transmission of COVID-19, especially in communities currently seeing the highest transmission rates.”

California’s new masking guidance is a recommendation, not a mandate.

Dr. Rochelle Walensky, director of the CDC, told reporters during a call on July 27 that new data about outbreaks from several states and other countries “indicate that on rare occasions, some vaccinated people infected with the Delta variant after vaccination may be contagious and spread the virus to others.”

“Unlike the Alpha variant that we had back in May where we didn’t believe that if you were vaccinated, you could transmit further, this is different now with the Delta variant,” she said.

The Delta variant of the CCP (Chinese Communist Party) virus, the pathogen that causes COVID-19, has been listed as a “variant of concern” by the CDC, which considers it to be more transmissible and potentially more resistant to vaccines.

Renewed concern about the Delta strain has prompted renewed fears of another surge and a bevy of moves in response by businesses, as well as state and local governments.

Facebook and Google recently stated they would require employees to be vaccinated. New York Gov. Andrew Cuomo has said state workers will have to get inoculated or subject themselves to weekly testing, while California Gov. Gavin Newsom has said state employees will be required to get the shot.

According to Fortune, around a third of the companies listed on the Fortune 500 list of America’s largest companies are mulling vaccine requirements for employees, though only around 10 percent have imposed mandates.