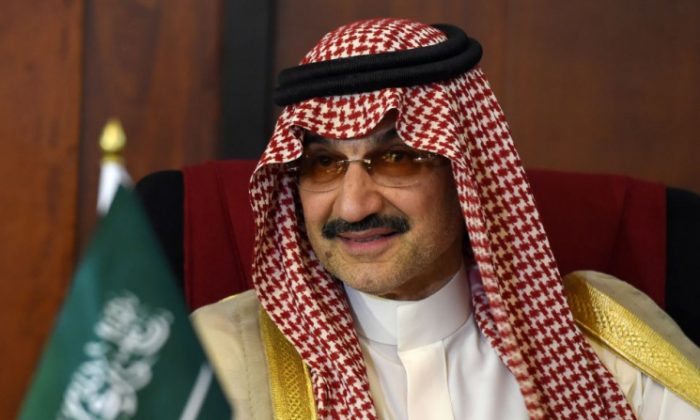 Elon Musk’s ambitious bid to take Twitter private under his ownership has hit a roadblock as Saudi investors are rejecting the Tesla CEO’s offer, causing Twitter shares to drop and setting the stage for a bitter struggle for control of the social media giant.

On Thursday, several hours after Musk announced his “final offer” to buy Twitter outright, the Saudi Arabian Prince Al Waleed bin Talal Al Saud responded that the offer was not acceptable to him. Al Waleed purchased a 5.2 percent stake in the company in 2015, and if it is assumed that he has retained these shares, he would count among Twitter’s largest shareholders (it has been reported that Al Waleed sold many of his shares in the subsequent years).

“I don’t believe that the proposed offer by @elonmusk ($54.20) comes close to the intrinsic value of @Twitter given its growth prospects,” said Al Waleed in a tweet. “Being one of the largest & long-term shareholders of Twitter @Kingdom_KHC & I reject this offer.”

Musk retorted on Twitter, implicitly criticizing the Saudi Arabian government and alleging that Waleed’s rejection was political in nature.

“Interesting. Just two questions, if I may,” said Musk in response. “How much of Twitter does the Kingdom own, directly & indirectly? What are the Kingdom’s views on journalistic freedom of speech?”

Following this exchange, Twitter’s stock price has erased the gains made in the morning when Musk first announced his offer, falling from $47.19 per share at the time of Waleed’s tweet to $45.08 as of writing. Twitter’s stock is still significantly higher than prior to Musk’s announcement of his initial investment in the company, before which shares were valued at $39.31 each.

While Waleed does not have the power to unilaterally reject Musk’s offer, as one of Twitter’s largest shareholders, his significant share will be a key determining factor in the likelihood of the acquisition and the level of conflict necessary for Musk to pull through.

Waleed’s rejection is the latest development of the saga which began when Musk announced having acquired a 9.2 percent stake in Twitter, giving him significant leverage to influence policy in the company. From the beginning, Musk has framed his purchases of Twitter stock as a means of curtailing the censorship practices of the company, which he has asserted restrict free speech.

While Musk was initially offered a position on Twitter’s Board of Directors after revealing his stake, the electric car and satellite tycoon ultimately rejected that offer, likely because it would limit him to acquiring no more than 14.9 percent of Twitter’s stock.

Musk proceeded to announce on Thursday morning his offer to take the company private under his ownership, with a price tag of around $43 billion to buy out existing investors in the platform.

Since Musk’s “final offer” to buy the company, backed by the implicit ultimatum to sell his stake in the company and thusly diminish the value of the company’s stock, a great deal of analysis has attempted to assess the eccentric billionaire’s likelihood of success.

In a note to investors on Thursday, Wedbush analyst Daniel Ives was bullish on Musk’s chance of success, though he noted that such a triumph for the South African billionaire would only come after a great deal of struggle.

“Ultimately we believe this soap opera will end with Musk owning Twitter after this aggressive hostile takeover of the company,” said Ives, noting that “the Twitter board will be forced likely to accept this bid and/or run an active process to sell Twitter.”

However, Ives’ assessment is not universal among market analysts. Former hedge fund manager Jim Cramer has stated that Musk’s offer could be unacceptably low for Twitter’s directors, possibly exposing the company’s incumbent executives to personal liability.

“They have no choice but to reject it,” Cramer said on Thursday. “If they say, ‘we accept,’ they’re phony. And they’re not phonies.”

With the single largest share of the company and the prospect of acquiring more, Musk still holds a great deal of leverage going forward, even as he engages with a coalition of Twitter shareholders bitterly opposed to his acquisition of the company.

However, in Musk’s own account of the situation, he has more tricks up his sleeve if his offer is rejected. When asked whether there was a “Plan B” in the event that his buyout of the company should fail, Musk cryptically responded “There is,” without elaborating further.

The Epoch Times reached out to Twitter for comment on Musk’s bid to acquire the company. Twitter responded with a statement saying that it had received Musk’s “unsolicited, non-binding” proposal, adding that it would “carefully review” it and make decisions that it believes are in the best interest of the company and stockholders.