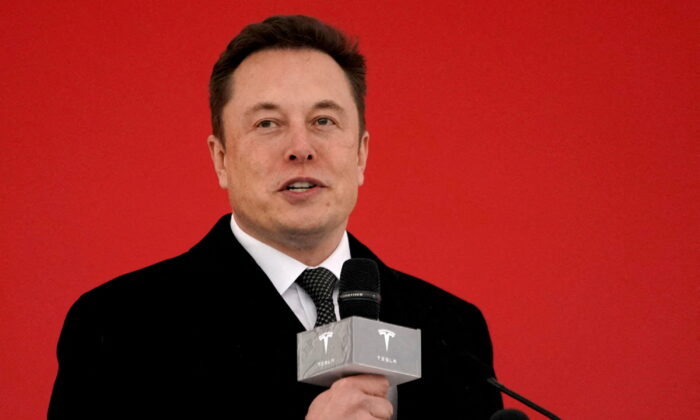 A majority of Twitter shareholders on Tuesday voted in favor of accepting Musk’s April offer of $54.20 per share amid whistleblower testimony alleging the platform isn’t secure and is a privacy risk.

The shareholder meeting lasted about 7 minutes, and the vote lasted only 3 minutes. A vote count read during a live stream of the event confirmed that a majority of shareholders want the deal to go through, reported Bloomberg News and other outlets.

After the meeting ended, a Twitter official announced that more details would be provided about the vote in the near future, and a form will be filed with the U.S. Securities and Exchange Commission (SEC).

Their vote came just a few days after Musk sent a third letter to the social media company, which was published on SEC’s website.

“In the time that has elapsed since that letter was sent, additional facts have come to light that reveal that Twitter has further breached its obligations under the Merger Agreement,” the Sept. 9 letter from Musk’s team said,” adding that “the Musk Parties believe this termination notice is not legally necessary to terminate the Merger Agreement because they have already validly terminated it pursuant to the July 8 termination notice.”

Musk’s team said that payment to Zatko, who testified in front of the Senate on Tuesday, violated a provision of the two parties’ acquisition contract.

During Tuesday’s Senate hearing, Zatko stated that Twitter is highly vulnerable to being exploited and infiltrated by foreign agents. At one point, Zatko claimed he raised concerns with a Twitter executive that he believed a foreign intelligence operative was working for the firm.

That executive, who was not named, told Zatko that “well, since we already have one, what is the problem if we have more? Let’s keep growing the office,” he said.

Zatko also stated that it would be entirely possible for a Twitter employee to take over and issue tweets from senators’ accounts. “It’s not far-fetched to say a Twitter employee could take over the accounts of all of the senators in this room,” he remarked, adding that he never saw it happen.

In late August, Twitter denied some of Zatko’s claims and described him as a disgruntled former employee who was terminated for poor job performance.

“Mr. Zatko was fired from his senior executive role at Twitter in January 2022 for ineffective leadership and poor performance,” a spokesperson for Twitter told outlets late last month. “What we’ve seen so far is a false narrative about Twitter and our privacy and data security practices that is riddled with inconsistencies and inaccuracies and lacks important context.”

In July, the Tesla and SpaceX chief executive scrapped plans to purchase Twitter for $54.20 per share and take it private, going back on an announcement that he had made with the social media firm. Twitter then filed a lawsuit against Musk in a Delaware court to force him to adhere to the contours of their April 25 agreement and complete the $44 billion purchase.

Musk, meanwhile, has countersued Twitter and previously asked the court to dismiss Twitter’s lawsuit against him. Twitter, he contends, was not honest with his team about the number of bots and spam accounts on the platform. But Twitter said in court filings that they have, in fact, provided the multi-billionaire with the data he requested.

A five-day trial is slated to start at the Delaware Delaware Court of Chancery in October.