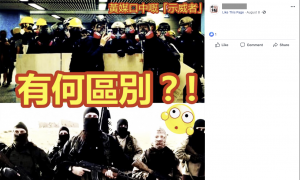 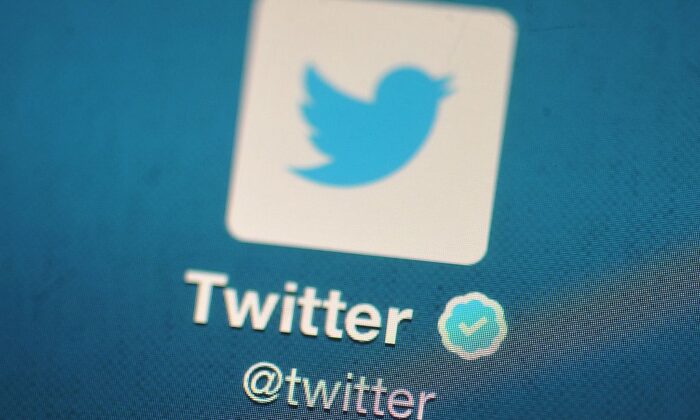 In this photo illustration, the Twitter logo is displayed on a mobile device in London, England on Nov. 7, 2013. (Bethany Clarke/Getty Images)
US-China Relations

Twitter has just made available more data about fake accounts that were stoking unrest in Hong Kong.

On Sept. 20, Twitter said in a blog post that it released more data on 4,301 accounts based in China that “were attempting to sow discord about the protest movement in Hong Kong.”

These accounts were part of the more than 200,000 fake accounts identified by Twitter last month.

In Hong Kong, protests are now in their 16th straight weekend since millions took to the streets in June demanding that the city government withdraw a controversial extradition bill that many feared would erode the city’s autonomy.

Though the government announced earlier this month that the bill would be formally withdrawn, Hongkongers have continued to hold rallies and marches, demanding that the city government meet their other demands, such as universal suffrage and an independent commission to investigate instances of police violence against protesters.

In Ecuador, 1,019 accounts were removed for having ties to a local party PAIS Alliance and engaging in tactics such as hashtag manipulation and retweet spam to spread information about the current administration headed by Lenín Moreno.

271 accounts from the UAE and Egypt were removed for engaging in a multi-faceted information operation targeting countries such as Qatar. They also “amplified messaging” to support the Saudi government.

Twitter said in the blogpost that it intends to routinely disclose information related to state-backed operations to spread disinformation on the platform.

The Australian Strategic Policy Institute (ASPI), a defense and strategic policy think tank, analyzed the Hong Kong-related accounts suspended by Twitter in August, and published a report in early September.

It summarized that there were three main narratives from the tweets: condemnation of the Hong Kong protesters; support for the Hong Kong police and “rule of law”; and a conspiracy theory about Western governments fomenting the protests.

The report also pointed out that these accounts were also involved in past operations in line with the Chinese regime’s goals, such as posting messages attacking Chinese human rights lawyer Yu Wensheng in 2018.