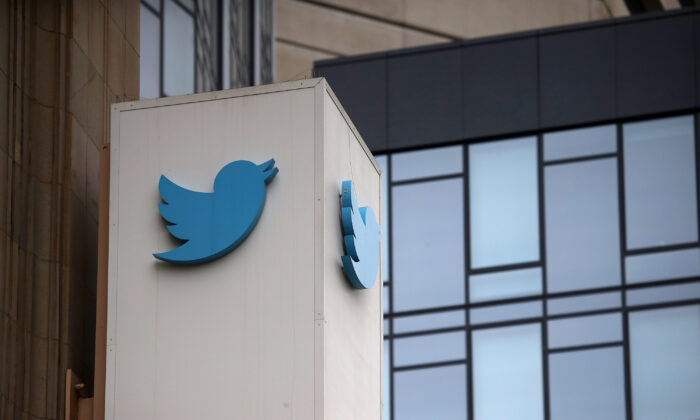 A sign is posted on the exterior of Twitter headquarters in San Francisco, Calif., on July 26, 2018. (Justin Sullivan/Getty Images)
US News

Twitter has permanently suspended The Gateway Pundit website’s account over what the social media company says are “repeated violations” of the platform’s rules.

The social media giant said the account, run by conservative Jim Hoft, was suspended for repeated violations of its “civic integrity policy,” according to a statement viewed by media outlets. The policy states that users may not use the platform “for the purpose of manipulating or interfering in elections or other civic processes.”

As of Feb. 7, the account for the gatewaypundit handle remained suspended. Prior to the suspension, the account had at least 375,000 followers.

In an article on The Gateway Pundit website, Hoft argued that the suspension came hours after his website posted on Twitter an update regarding an ongoing investigation of Election Day irregularities at the Detroit TCF Center, which was the subject of a number of allegations about election fraud.

According to Hoft, that post read: “Just an FYI – The fake news media and others challenged our TCF Center video report from Friday. That was a bad move. We have much more coming!” A screenshot of the post was included in the article.

Hoft didn’t respond by press time to The Epoch Times’ request to comment on the suspension.

The Gateway Pundit’s suspension on Twitter comes days after the platform permanently suspended MyPillow’s official account after the company’s CEO, Mike Lindell, used it to circumvent Twitter’s ban on his personal account.

Twitter said it permanently suspended MyPillow for violating its policy against “ban evasion.” Lindell, a friend and outspoken supporter of former President Donald Trump, was banned from Twitter a week ago over his repeated claims that the presidential election was rigged against Trump.

Following the Jan. 6 U.S. Capitol breach, Twitter and other Silicon Valley companies ramped up their content monitoring, removing groups and speech that it claimed could incite violence and hate.

The companies’ methods for determining what content meets or breaches policies have been repeatedly criticized for alleged political bias and censorship, with critics saying that much of the policing targets conservatives and people deemed supporters of Trump.

Perceived unbalanced moderation of users’ content by social media companies has raised concerns over First Amendment rights and a lack of checks and balances for decisions made by these big tech companies. Efforts to limit or eliminate liability protections under Section 230 of the Communications Decency Act for companies that have engaged in censoring or political conduct have been heavily discussed in the past year.