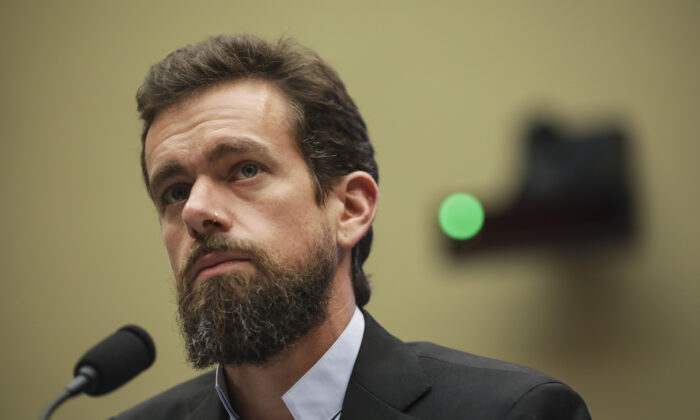 Twitter locked the account of the National File, a conservative-leaning news website, after it reported on a tweet from a woman who claimed her 13-year-old nephew died after receiving a second dose of Pfizer’s COVID-19 vaccine.

A spokesperson for Twitter confirmed to news outlets it locked the National File’s account for 12 hours “in error.” The account has since been reinstated, but the outlet has now said the social media giant “has now suspended” reporter Jack Hadfield “for celebrating Twitter’s decision to reverse the suspension” of the publication.

According to the National File, the report that triggered the action from Twitter included claims from a woman, Tami Burages, who said her nephew died after getting the vaccine.

“Our family is devastated. I struggled with putting this out on twitter. I am pro-vaccine. We vaccinated my own 14-year-old son as soon as it was available. I know it is *mostly safe*. But Jacob is dead now,” she wrote in a now-deleted tweet.

The World Health Organization’s (WHO) website guidance for vaccines stipulates that most COVID-19 vaccines should not be given to children, although an advisory panel in May advised the Centers for Disease Control and Prevention that Pfizer’s vaccine could be administered to children aged 12 years and older.

“Children should not be vaccinated for the moment,” the WHO’s page on COVID-19 vaccines says in bold.

A spokesperson for WHO told The Epoch Times on Tuesday that “more evidence is needed on the use of the different COVID-19 vaccines in children to be able to make general recommendations on vaccinating children against COVID-19.”

“Vaccine trials for children are ongoing and WHO will update its recommendations when the evidence or epidemiological situation warrants a change in policy,” the spokesperson said.

In May, the U.S. Food and Drug Administration (FDA) declared the Pfizer COVID-19 vaccine safe for children as young as 12, although, during an FDA advisory panel meeting in mid-June, experts disagreed on whether COVID-19 vaccines should be given to children.

Some committee members who were wary of giving the vaccines to children said they were concerned about findings from Israeli researchers that cited elevated numbers of myocarditis, or inflammation of the heart, in males between the ages 16 to 30 after they had received the Pfizer shot.

“We certainly need a pediatric vaccine, that is not the issue of what we are discussing today, the question is at what point will we have sufficient data … There are four hospitalizations per one million children, that is not an emergency and is a very low hospitalization rate,” said Cody Meissner, professor of pediatrics at the Tufts University School of Medicine.

While citing concerns about the possible link between mRNA vaccines, such the ones made by Pfizer or Moderna, and myocardia in children, Meissner said that the FDA should hold off.

“Before we start vaccinating millions of adolescents and children it is so important to find out what the consequences are,” he stressed at the panel meeting, adding: “I do not feel we can justify [an emergency use authorization] including children.”

Several weeks ago, the Twitter account of former campaign aide to President Bill Clinton Naomi Wolf was permanently suspended. Twitter explained its reasoning to media outlets that Wolf, according to the company, shared misinformation about COVID-19 vaccines.

Twitter and its CEO, Jack Dorsey, in recent months have drawn significant criticism over its policies and decisions to ban prominent users, including former President Donald Trump.