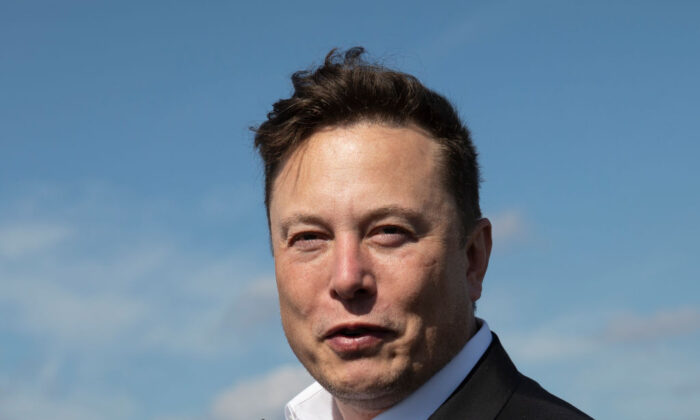 Tesla CEO Elon Musk asked his Twitter followers on Saturday if he should sell 10 percent of his company stock as he faces an upcoming large tax bill.

“Much is made lately of unrealized gains being a means of tax avoidance, so I propose selling 10% of my Tesla stock,” Musk said on Twitter.

“Do you support this?” he asked in a poll.

Much is made lately of unrealized gains being a means of tax avoidance, so I propose selling 10% of my Tesla stock.

Do you support this?

The poll received more than 3.5 million votes. As of Tuesday morning, 57.9 percent answered yes, with 42.1 percent responding no.

Musk also agreed to act according to the poll’s outcome in a later post.

“I will abide by the results of this poll, whichever way it goes,” he said.

The Tesla CEO also said on Twitter, “Note, I do not take a cash salary or bonus from anywhere. I only have stock, thus the only way for me to pay taxes personally is to sell stock.”

Musk owns more than 170 million shares. A Reuters report noted selling 10 percent of his stock would result in nearly $21 billion based on last Friday’s prices.

“We are witnessing the Twitter masses deciding the outcome of a $25B coin flip,” Palihapitiya said.

Tesla Inc. shares fell 7.5 percent in premarket trading on Monday as investors prepared for its chief Elon Musk’s proposed sale of about a tenth of his holdings in Tesla following the Twitter poll.

Last month, Musk was reported as having a net worth of $242 billion. Multiple outlets claimed the Tesla CEO is on track to become the world’s first trillionaire.

Musk also made news recently when he said he would sell $6 billion in Tesla stock to donate to the World Food Program if the group could disclose information on how it would spend the money.

“If WFP can describe on this Twitter thread exactly how $6B will solve world hunger, I will sell Tesla stock right now and do it,” Musk wrote in a Twitter post on Oct. 31.