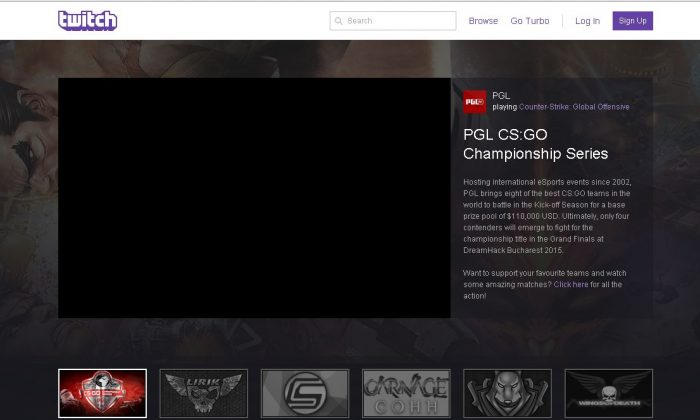 Twitch TV, the streaming website, was down for many users on Wednesday. (Twitch screenshot)
Life & Tradition

Twitch TV, the streaming website, was down for many users on Wednesday.

On Twitter, users expressed their dismay over the outage with #RIPTwitch. Users said that streams weren’t working.

Twitch.tv on Twitter said it is fixing the problems.

Our engineers are continuing to work on video delivery, and hope to have it fixed as soon as possible. ^AC

We’re continuing to look into and fix loading issues. Apologies for any issues experienced, keep us updated about them here! ^AC

There were also login issues earlier in the day.

We are continuing to investigate login errors that have been reported. Thanks to everyone for your patience! ^AC

#ripTwitch @Twitch what is going on everything is down

My timeline right now: “RIP Twitch”. Well this means I’m not getting out of bed.

Sorry the stream was cut short today guys. @Twitch is have issues that they are working hard to resolve. We will be back tomorrow.

Welp, hopefully streaming will resume tomorrow. Still continued to record for a full YouTube episode worth of Mianite after Twitch died.

OK SO. Theory is developing: we left the island when we shouldn’t have and that’s why Twitch is ded. WE GOTTA GO BACK!

I’m sure @twitch is working damn hard to get the site back up and is just as upset as everyone else. Site down = their income stops too