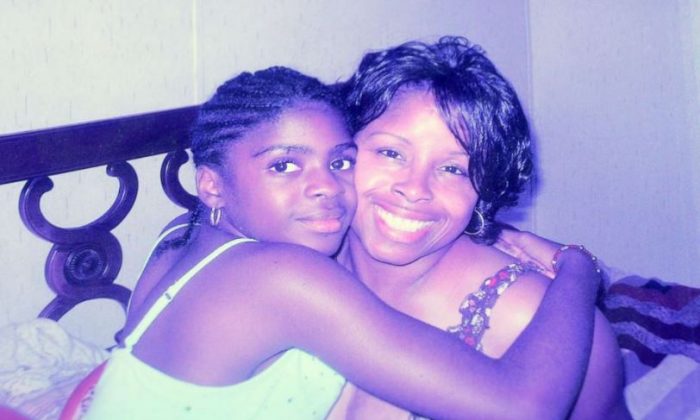 A woman has admitted she kidnapped a baby 20 years ago and then raised the girl in the intervening time as her own.

More than 2,500 tips helped police and personnel from the National Center for Missing and Exploited Children locate Mobley, who was taken from a hospital in Jacksonville, Florida, in 1998.

In exchange for pleading guilty, Williams asked for a sentence of between 0 and 22 years, reported News4.

But she told the judge in the courtroom that she was pleading guilty, ultimately, because she is guilty.

Prosecutors said that Williams posed as an employee at the hospital and walked out with Mobley.

Williams raised Mobley as Alexis Manigo, telling people Manigo was her own child.

Mobley became suspicious herself after trying to apply for a job, reported the Daily Mail. Police found Mobley had a fraudulent Social Security card and birth certificate.

She told the outlet that she hopes the sentencing is light.

“I think they should be lenient because it’s not like she took me and tortured me all my life,” Mobley said.

Attorneys said that the wishes of Mobley and her birth parents could play a role in the terms of the sentence.

“Dear Mom, I love you no matter what. There is nothing or no one who can change that. I am by your side no matter what, 100 percent. I know this is the beginning stages of excuse me, hell. I am preparing. I am trying to mentally toughen up,” Manigo wrote to the woman in prison who raised her, reported the Jacksonville Times-Union.

In another letter, she wrote that she still cries but not as much.

She added, “It still kills me. I just can’t stand you being away from me.”