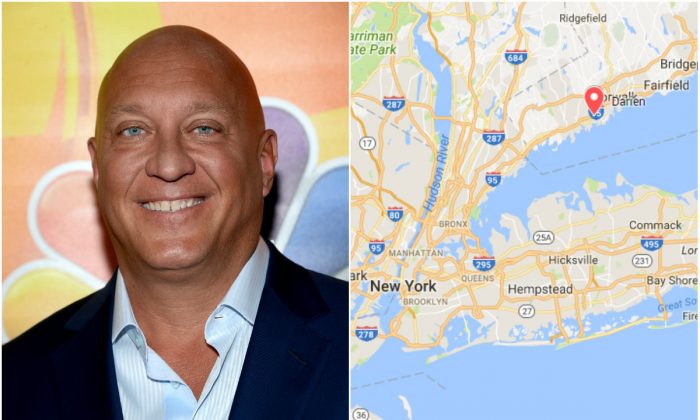 Steve Wilkos, 53, host of “The Steve Wilkos Show,” was involved in a car accident on the weekend while driving in Connecticut.

Wilkos was driving down the West Avenue in Darien on Sunday, Jan. 21, when he decided to put on his glasses, TMZ and Darien Times reported.

As he was reaching for the glasses, he hit the curb and then struck several poles and a tree. The car ended up on its side.

Wilkos was injured and taken to a local hospital but has since been released.

“Wilkos tells us he’s pretty beat up but will be ok,” TMZ wrote.

West Ave. at Noroton Ave. will be closed to eastbound traffic due to a serious accident. Please seek alternate route.

Wilkos started his show business career in the 1990s as a security guard on “The Jerry Springer Show.”

Wilkos is a former U.S. Marine and former Chicago police officer. He was recruited when Springer was taping his show in Chicago.

Wilkos is married, has two children, and lives in Fairfield County, Connecticut.