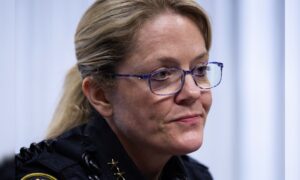 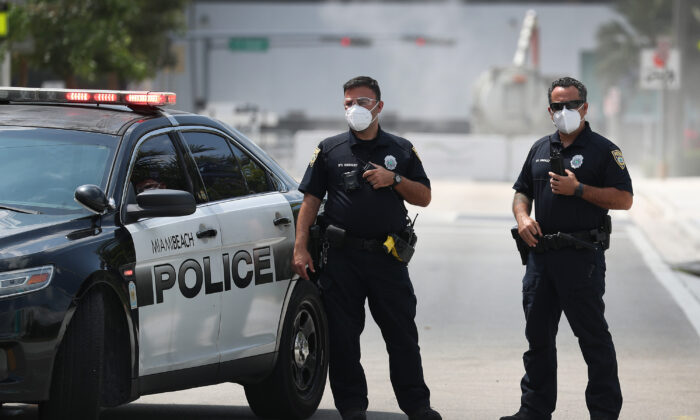 Reality television show “Cops” has been canceled after more than 30 years on the air, a spokesperson for Paramount Network confirmed Tuesday, stating that it is unlikely to make a comeback.

“‘Cops’ is not on the Paramount Network and we don’t have any current or future plans for it to return,” a spokesperson for the network said in a statement.

The announcement came just days before the show’s 33rd season was scheduled to premiere on Paramount—on June 15—and amid protests against police brutality which were sparked by the death of George Floyd in Minneapolis on May 25.

The long-running reality television show first aired on Fox in 1989, in the final year of the Reagan administration, and documents the work of law enforcement largely across the United States. It has also followed officers in Britain, Hong Kong, and Russia.

Paramount Network acquired the the unscripted law-enforcement show in 2013 when it was known as Spike TV before rebranding in 2018. Previously, 25 seasons of the reality TV show aired on Fox.

We call for justice. #BlackLivesMatter pic.twitter.com/GKrThyxru9

The death of Floyd—the 46-year-old Minneapolis man who died while in police custody after an officer knelt on his neck for nearly nine minutes—has set off hundreds of protests nationwide calling for police reform and a change in criminal justice policy.

The three other police officers involved in the arrest have since been fired, and have been charged with aiding and abetting his murder.

There have been growing calls for officials to cut police funding and place greater emphasis on supporting essential social services. Organizers of Black Lives Matter have stated they want “a national defunding of police.”

The multi-layered “defund the police” movement ranges from calls to adjust police budgets to fund the establishment of complementary community-based solutions, to extreme proposals to disband police departments entirely.

Floyd’s death has also fueled the movement to overhaul police procedures, including limiting legal protections for police, creating a national database of excessive-force encounters, and banning the use of chokeholds.

The executive director of organization Color of Change, which ran a campaign in 2013 calling for Fox not to renew “Cops,” previously criticized the series, the New York Times reported.

“These cop reality shows that glorify police but will never show the deep level of police violence are not reality, they are P.R. arms for law enforcement,” Rashad Robinson told the newspaper.

Color of Change contended in 2013 that although the reality show was marketed as unbiased, it “offers a highly filtered version of crime and the criminal justice system—a ‘reality’ where the police are always competent, crime-solving heroes and where the bad boys always get caught.”

Meanwhile, A&E announced that it has decided to pull “Live PD” from its schedule “out of respect for the families of George Floyd and others who have lost their lives.”

Top Republicans and Democrats have in recent days expressed bipartisan opposition to the idea of defunding local and state police forces across the United States. Among them are President Donald Trump and Democratic presidential nominee Joe Biden.