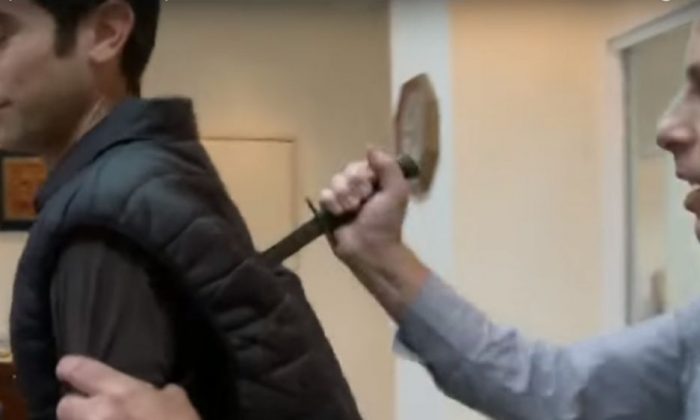 An Israeli TV reporter was stabbed live on the air during a segment about anti-stabbing vests.

Eitam Lachover, a reporter for Israel’s Channel 1, was testing out the anti-stabbing vest manufactured by FMS Enterprises–which manufactures bulletproof materials.

He cut open his jacket and placed the anti-stabbing material inside of it, CNN reported. Then he had an FMS Enterprises employee attempt to stab him.

“I am responsible for you safety and if something happens I will take care of you,” the demonstrator said in the clip.

His back was pierced by the blade, but it wasn’t deep.

According to the Times of Israel, Lachover said he got stitches and was released from the hospital.

Lachover told Channel 1: “There are some experiments that I will pass next time.”

He said, “I have to say that this jacket was put together for this experiment only and the protective material slipped on the third stabbing. I am sure the commercial version is safe.”