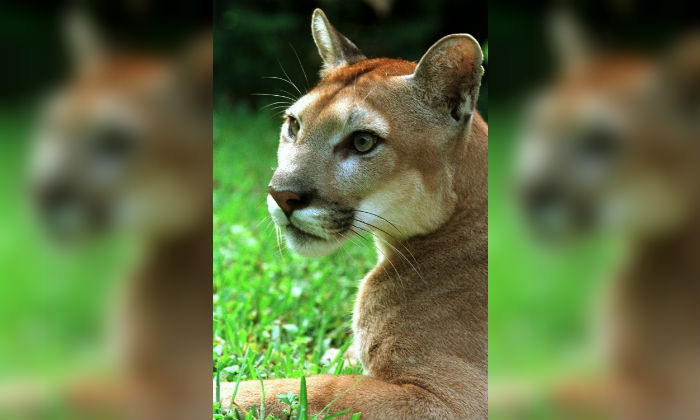 Update: Many of his posts on Facebook were deleted.

A TV presenter is facing backlash on social media after he killed a huge mountain lion earlier this month.

Steve Ecklund, host for the Canadian hunting show “The Edge” posted an image of himself smiling with the massive cougar that he bagged on Dec. 3.

“What an unreal ending to a fun filled season,” he wrote on his Facebook page. “Northern Alberta lion with BIG CAT ADVENTURES Brian and Claudette Chorney……..can’t thank you guys enough for the eye opener into your world of houndsmen.

https://t.co/5BT5X3qyAw. Remember that name: Steve Ecklund. The killer of a great mountain feline that was no threat to cattles or humans.

While the hunt of the lion was legal he has been condemned by animal rights activists, with PETA describing his as “a small person with deep-seated insecurities,” according to the Mirror.

A spokesperson from the campaign group Hunt Saboteurs also denounced the hunt, and called the sport “morally reprehensible.”

“Whether legal or illegal, and whatever country it occurs in, hunting for sport is morally reprehensible and has no place in a so-called civilised society,” the spokesperson told the newspaper.

The pro-hunting community has been fiercely defending the TV presenter and congratulating him on the kill on Facebook. But others are reacting with rage and sending him death threats.

Kristian Rhodes wrote, “Congrats Steve!!! Amazing job on predator control!!! Imagine if this animal would have gotten a hold of a small child..all the haters would be asking “why wasn’t this taken care of?”… Congrats Sir”

But Ecklund doesn’t seem to be phased and wrote in a Facebook post: “If you can guess what post has 900 likes, 450 comments, 13 confirmed death threats, 754 swear words and one very happy hunter in it…….I will enter your name into the draw for the new cougar cook book, filled with mouth water recipes for your next mountain lion hunt”.

The debate brings back memories from when a U.S. dentist shot and killed Cecil the Lion in 2015, causing public uproar.