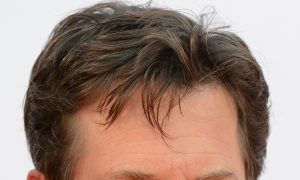 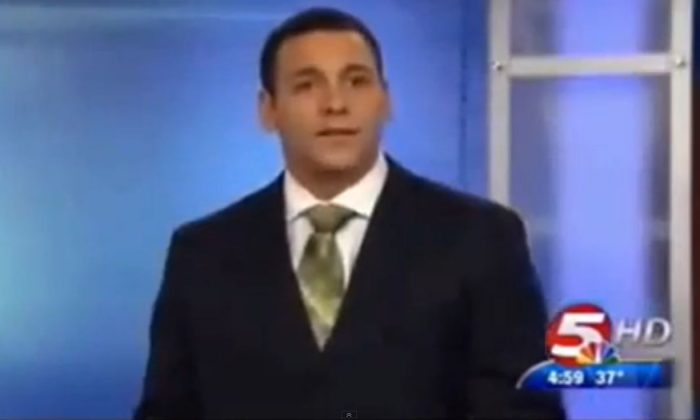 A. J. Clemente, the new news anchor who was fired. (Screenshot/NBC)
US

TV anchor suspended: A new news anchor for NBC’s North Dakota affiliate KYFR-TV, who had an on-air gaffe during is first day on the job has been fired.

A.J. Clemente was looking down at his notes while the camera started rolling. His co-anchor was speaking, introducing the audience to the broadcast, but Clemente was still going over his notes, including working on how to pronounce the name of one of the Boston Marathon bombing suspects. He also said two curse words before looking up when the co-anchor, Van Tieu, introduced him as a new anchor.

Clemente attempted to recover, saying he graduated from West Virginia University, then going into a story about a fatal crash that happened earlier that day.

But after the broadcast Celemente was informed he was let go, said Celemente on Twitter.

“Thank you to [the TV station] and everyone in ND [North Dakota] for the opportunity and everyone for the support,” he said.

Monica Hannan, news director for the station, apologized for the incident on Facebook.

“He did not realize his microphone was on, but still, that’s no excuse,” she said. “WE train our reporters to always assume that any microphone is live at any time. Unfortunately, that was not enough in this case. WE can’t take back what was said.”

Hannan said that she would try her best “to ensure that nothing like this ever happens again under my watch.”

Clemente said that he is now “a free agent” after his “rookie mistake.”

“Can’t help but laugh at myself and stay positive,” he said. “Wish I didn’t trip over my ‘freaking shoes’ out of the gate.”

Dozens of people have taken to social media to protest the firing, either encouraging Clemente on his Twitter page or going to KFYR’s Facebook page and posting their thoughts.

“I think we’re all adults and are quite capable of getting over it,” said Linn Vahey Holloway. “It’s a non-issue. You don’t incorporate profanity in your newscasts and everyone makes a mistake now and again, so let then off the hook and proceed as normal. We can all have a sympathetic chuckle. (And feel a little better about our own goofs.)”