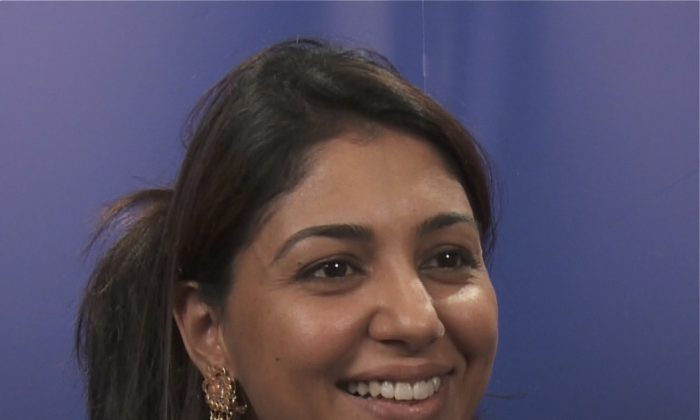 The New York-based company was highly praised by Erom Gillan, a TV anchor and radio DJ. “Every performance was full of energy. Everything was unique and the best thing I liked about it: every performance had a message,” she said.

Commenting on Shen Yun’s aim of reviving the 5,000 years of Chinese civilization, she said: “That is a very difficult task which the performers did brilliantly because, of course, 5,000 years of civilisation in two-and-a-half hours … they did a splendid job.” She said she would have loved to meet the performers to congratulate them.

Ms. Gillan felt that the whole audience connected with the performers on stage. “Every performance had a message. It gave hope and happiness to the people and I saw every face coming out of the theatre glowing and happy.”

As well as the classical Chinese dance pieces, several singers gave solo performances, including famous Chinese tenor Guan Guimin. “When the opera singers were singing in Chinese, I was trying to catch up with the English translation and I was really thrilled; every word was saying to everybody in the audience that you have to be on the right path and it’s not difficult,” Ms. Gillan said.

Speaking of the overall impression she got from the show, Ms. Gillan said that “you have to be peaceful but in a very good manner, you have to unite yourself. If you see something which is not right in front of you, you have to raise your voice.”