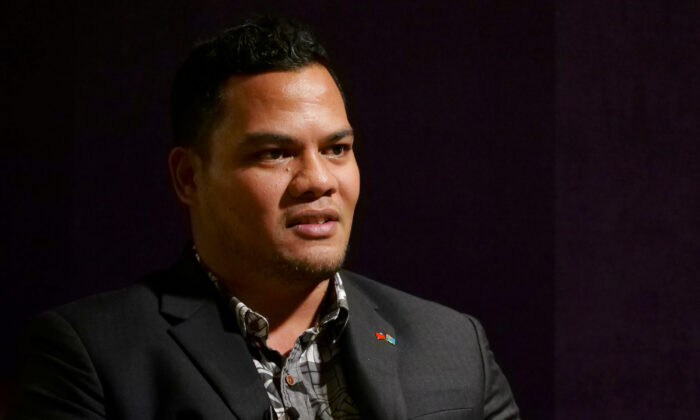 Tuvalu’s foreign minister has pulled out of the United Nations’ Ocean Conference on June 27 after China blocked three Taiwanese delegates from attending.

Three members of Tuvalu’s delegation were Taiwanese nationals. China, who is on the credentials committee of the United Nations, demanded they be removed or else the delegation would be barred from joining.

Kofe decided to remove himself and the trio but still encouraged Tuvalu to be present at the Conference, which is focused on the sustainable use of marine resources—a key concern for Pacific Island nations.

Tuvalu, along with Nauru, Palau, and the Marshall Islands, remain the only four Pacific countries to maintain diplomatic ties with Taiwan.

In response to the incident, Beijing’s Foreign Ministry spokesperson Zhao Lijian claimed in The Global Times media outlet that the Taiwanese delegates had “degraded” themselves by joining the Tuvalu party.

Beijing’s Eyes on the Pacific

The South Pacific remains a key focus of the Chinese Communist Party, with the regime’s Foreign Minister Wang Yi embarking on an eight-nation tour in May to shore up alliances with Pacific leaders who are on friendly terms with Beijing, including the Solomon Islands, Kiribati, Samoa, Fiji, Tonga, Vanuatu, Papua New Guinea, and Timor-Leste.

While there has been much fanfare around the apparent failure of Wang to convince those nations to sign-up to a sweeping Pacific security and trade bloc, Beijing did manage to sign a swathe of new bilateral deals to tighten cooperation. Details of the deals have yet to be made public.

Meanwhile, the CCP looks set to continue its efforts to win over the South Pacific and disrupt the efforts of democratic nations to push back against it.

The Australian Broadcasting Corporation has learned that ministers from 10 Pacific nations have been invited to a virtual meeting with the Chinese foreign minister on July 14—the same day the Pacific Islands Forum is due to hold its final meeting in Suva, Fiji.

The Forum is working to maintain unity after a diplomatic spat in early June.

Three Micronesian leaders began formally withdrawing from the group after disagreements over leadership roles in the Forum. The matter has been resolved temporarily.