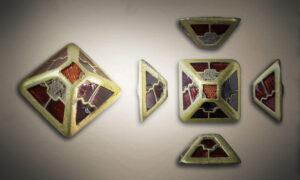 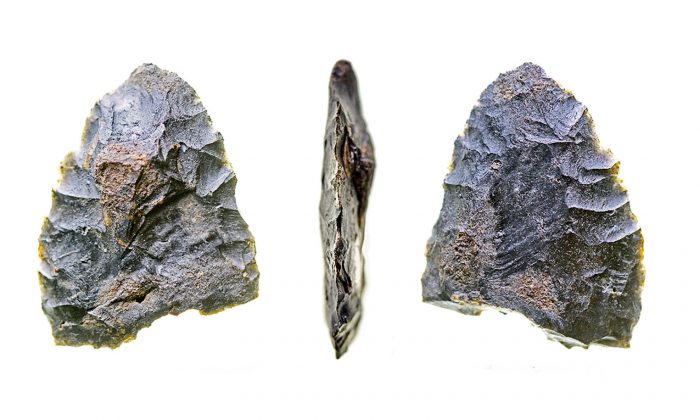 "The stone tools and faunal remains at the site show that at 14,550 years ago, people knew how to find game, fresh water, and material for making tools," says Michael Waters. "These people were well-adapted to this environment. The site is a slam-dunk pre-Clovis site with unequivocal artifacts, clear stratigraphy, and thorough dating." (Texas A&M University)
archaeology

Tusk Hints Humans Were in Florida 14,500 Years Ago

Stone tools found in a Florida river show that humans settled the southeastern United States far earlier than previously believed—perhaps by as much as 1,500 years.

Published in the journal Science Advances, the findings come from excavation of the Page-Ladson site near Tallahassee, an archaeological site that is 26 feet underwater in a sinkhole on the Aucilla River. The site was first investigated from 1987 to 1997, but the original findings, which included eight stone tools and a mastodon tusk with apparent cut marks, were dismissed.

Tucson Artifacts Suggest Romans Made It to New World in 8th Century: Expert

Working in near-zero-visibility waters in the murky Aucilla River from 2012 to 2014, researchers excavated stone tools and the bones of extinct animals. The stone tools included a biface, a knife used for cutting and butchering animal meat. They also reanalyzed the mastodon tusk and were able to show that it displayed obvious signs of cutting created when the tusk was removed from the skull.

Seventy-one new radiocarbon dates from the Page-Ladson site leave no doubt that the artifacts date to about 14,550 years ago. It’s believed that Clovis hunters—once widely considered the first inhabitants of the Americas—settled in various sites about 13,000 years ago.

“The new discoveries at Page-Ladson show that people were living in the Gulf Coast area much earlier than believed,” says Michael Waters, director of the Center for the Study of the First Americans at Texas A&M University.

“The stone tools and faunal remains at the site show that at 14,550 years ago, people knew how to find game, fresh water, and material for making tools. These people were well-adapted to this environment. The site is a slam-dunk pre-Clovis site with unequivocal artifacts, clear stratigraphy, and thorough dating.”

Clovis is the first widespread prehistoric culture that appeared about 13,000 years ago. Clovis originated south of the large ice sheets that covered Canada at that time and are the direct descendants of the earliest people who arrived in the New World around 15,000 years ago.

Clovis people fashioned distinctive stone spear points with fluted bases that are found in Texas and other portions of the US and northern Mexico. These weapons were used to hunt animals, including mammoths and mastodons, from 12,600 to 13,000 years ago.

“This is a big deal,” says Jessi Halligan of Florida State Univeristy. “There were people here. So how did they live? This has opened up a whole new line of inquiry for us as scientists as we try to understand the settlement of the Americas.”

“Our work provides strong evidence that early human hunters did not hunt mastodons to extinction as quickly as supporters of the so-called ‘Blitzkrieg’ hypothesis have argued.  Instead, the evidence from this site shows that humans and megafauna coexisted for at least 2,000 years.”

The site has changed dramatically since it was first occupied 14,550 years ago.  Millennia of deposition associated with rising water tables tied to sea level rise left the site buried under 15 feet of sediment and submerged. “The Page-Ladson site gives us another clue about the first people to explore and settle the Americas,” Waters says.

“Page-Ladson significantly adds to our growing knowledge that people were exploring and settling the Americas between 14,000 and 15,000 years ago. Archaeological evidence from other sites dating to this time period show us that people were also adapted to living in Texas, Washington, Oregon, Pennsylvania, Wisconsin, and South America. Clearly, people were all over the Americas earlier than we thought.”

Additionally, the evidence from Page-Ladson and the other sites shows that people coexisted with and hunted large mammals, such as the mammoth and mastodon, before they became extinct. “Page-Ladson is an important site that has yielded important information about the First Americans and about the journey of our own species.”

This article was originally published by Texas A&M University. Republished via Futurity.org under Creative Commons License 4.0.