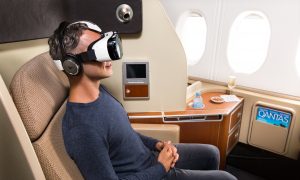 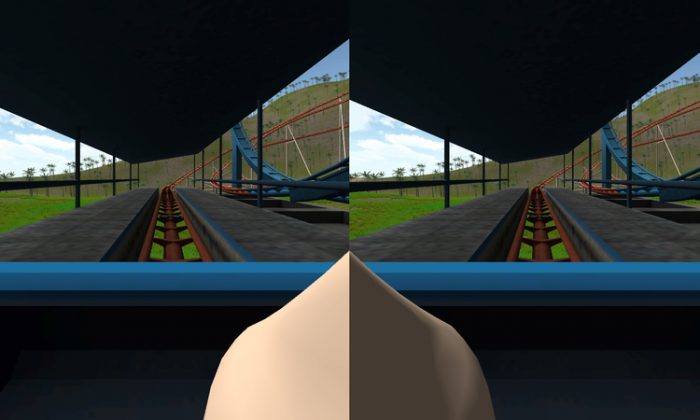 Virtual reality (VR) equipment has tended to be cumbersome and expensive, all heavy headsets and awkward gloves. Until recently it’s been beyond the reach of the home consumer, but with the appearance of Oculus Rift (since bought by Facebook), Microsoft’s HoloLens, and even DIY options such as Google Cardboard, it seems VR is coming to a living room near you soon.

But there’s a bigger problem with VR than just cost: virtual reality tends to make users feel sick. Simulator sickness, symptoms of which include dizziness, nausea, sweating and disorientation, is a well-known problem for virtual reality users. However, researchers from Purdue University have struck upon a novel way of combating virtual reality sickness that draws upon natural methods.

The computer-generated sensory signals that generate simulated virtual reality experiences manipulate our senses independently. As our usual perceptual experience of the world is multisensory, the difference between what we’re seeing and hearing in the VR headset and information from our other senses causes confusion.

When we walk around in the real world, the stereoscopic images formed by our eyes changes as we move, providing us with clear visual information about where we are going. We also sense the movement of our body directly, largely through the vestibular sense organs that form part of our inner ears. Having multiple senses telling us about where we are going is helpful as it allows us to more accurately keep track of our movement around the world.

In virtual reality, however, these signals become uncoupled. For example, while in the real world you might be slumped on the sofa, in the virtual world you are riding a roller coaster. In which case, while the images projected to your eyes tell you you’re looping the loop, your body knows that it has gone nowhere. These kinds of mixed messages are thought to be the cause of simulator sickness.

In many ways, it is the flip-side of sea-sickness – if you’re below decks on a boat rocked by the waves, your body feels the movement while your eyes tell you that you’re motionless. A well-known remedy to sea-sickness is to get out on deck and look at the horizon. This provides a stable reference, bringing your vestibular and visual senses back into agreement.

The answer from the team at Purdue University’s Department of Computer Graphics Technology draws from this idea of a point of reference. Their elegant solution involves simply adding a virtual nose to the scene. This virtual nose is clearly visible in the bottom right of the left eye’s field of view, and the bottom left of the right eye’s field of view – imitating the experience we’re all familiar with. They found that test subjects were able to use their applications, which included walking around inside a virtual Tuscan villa, and another in which you rode a virtual roller coaster, for considerably longer when the nose was visible.

Exactly how this works biologically speaking is not clear, but it seems likely that the nose, by providing a clear visual reference that moves with the point of view of the observer in the scene, gives a better impression of your motion in the virtual world.

The researchers’ long-term goal is a complete model of simulator sickness, that will allow them to predict the degree of sickness that might be expected from a given application. For now, though, they have provided us with a potentially very easy way to reduce simulator sickness and increase the usability of virtual reality systems. And the take-home message is clear – for a painless virtual experience, just follow your nose.

Paul Hibbard is Reader in Psychology at University of Essex. This article was originally published on The Conversation. Read the original article.