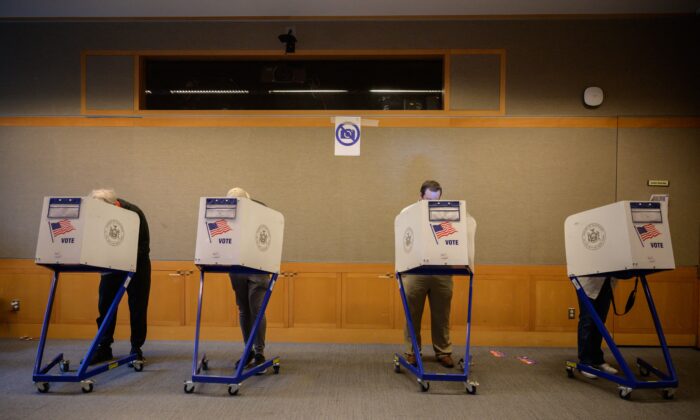 Voters stand in booths at a voting station at the Metropolitan Museum of Art (MET) during the mayoral election process in New York on June 12, 2021. (Ed Jones/AFP via Getty Images)
Viewpoints 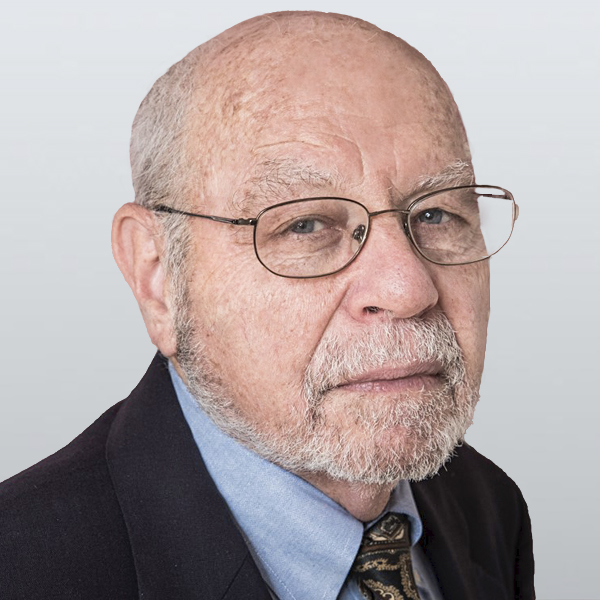 A special congressional election took place in Ulster County, New York, on Aug. 23, in which Republican candidate Marc Molinaro lost a close race to Democrat Pat Ryan. Although Molinaro led Ryan by 8 points earlier in this contest, when the votes were counted, the Democrat won by a little more than two percentage points. One issue that helped Ryan come from behind was his grandstanding as a pro-choice advocate who vociferously favored women’s “right to choose” up until the time the baby enters the birth canal. In New York State this is no longer even an issue since that state has the most liberal abortion law on the planet, and that’s not likely to change in the foreseeable future. Molinaro tried to turn the contest toward crime and inflation, but Ryan instead stressed a non-existent issue in his state. Presumably what has become America’s most woke voting bloc, college-educated white women, put Ryan over the top.

This outcome indicates the success of Democrats in making social issues, even those that are irrelevant to a particular race, the centerpiece of their campaign against Republicans. Instead of allowing the electoral debate to focus on the Biden administration’s failures, Democratic strategists appeal to their hardcore ideological base by bringing up certain issues that evoke strong emotion, but which have little to do with running the country more effectively. The question then becomes what Republicans can do to counter this strategy. They’re not going to be able to repeal the 19th Amendment or even keep young women from majoring in gender studies. How can Republicans appease a growing voting bloc that cares more about abortion, LGBT issues and further humiliating our former president than inflation, crime, or high gas prices?

One proposed solution is running more Republican “moderates,” in the image of Charlie Baker in Massachusetts and Spencer Cox in Utah. These governors have sounded like the liberal media in raging against Trump and have tilted leftward in varying degrees on social issues. This week I saw a photo of Gov. Baker beaming as he was signing a bill on “reproductive health care” every bit as extensive as the one enacted in New York State. Spencer Cox is big on pushing gender-inclusive pronouns in his state. Maryland’s retiring Gov.  Larry Hogan, who is also identified as a moderate, has cultivated favor with leftist constituencies, but when he withheld funds in May for training “new health providers,” to assist in abortion procedures, The Washington Post came down on Hogan. He has since redeemed himself in the liberal press, however, with his relentlessly hostile statements about Donald Trump. Should Republican leadership run more figures like Baker, to protect themselves against the fate of Marc Molinaro? Perhaps if Republicans sound more like liberal Democrats, they may be able to avoid electoral setbacks.

There are many reasons why this doesn’t seem advisable, and one of the most obvious is that there is no need to have two parties on the woke left. At least 40 percent of the country defines itself as being in some sense conservative, and it seems foolish to force these voters to choose between two equally or almost equally unpalatable candidates. There is also no reason, as I have argued elsewhere, to imagine that voters on the left are going to start voting Republican regularly because the Republican Party runs a particular candidate they like. It is more likely they’ll stay where they are as Democrats, while occasionally making a Republican exception for someone like “Charlie.”

Even more significantly, promoting misnamed “moderate” Republicans will push the GOP and the American political spectrum decisively toward the left on cultural issues. The media would then play up the “moderates” as the non-fascist, non-racist, non-homophobic, and non-sexist Republican “statesmen” and treat those who fail to adopt the new line as the second coming of Hitler. Needless to say, the Dems are not going to run a Marjorie Taylor Greene look-alike in Greene’s Georgia congressional district because they understand the implications of such an act. They won’t even allow a critic of abortion to run for national office with party backing. That is because the Democrats identify themselves as a socially leftist party and work to gather in their share of the electorate. If the Republicans go after the same voters, they will fall between two stools, not picking up much of the Democratic base, but losing their conservative bloc to what may eventually become a third party.

Moreover, Republican candidates running in inhospitable districts do not have to stress conservative social positions. They can run on bread-and-butter issues as many of them are doing. Molinaro was unlucky in hitting a headwind generated by particularly fanatical feminists. Republicans are going to have problems with that demographic, as they have with the black vote. But they may have to accept those liabilities going forward while looking for more votes from those they can reason with. Sounding like the National Organization for Women or the January 6 congressional committee will not provide Republicans with long-term solutions.