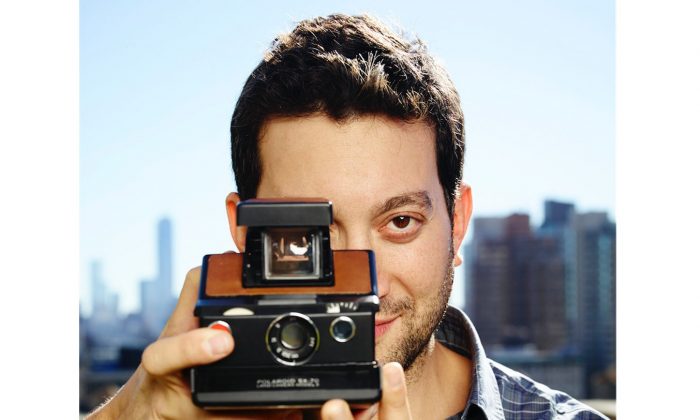 Turning a Camera Into a Billion Dollar Business

The story of Shutterstock
By Emel Akan

Many people dream of starting their own businesses. They are lucky if they can build a strong business without raising initial money from a venture capitalist or angel investor.

“I started Shutterstock 13 years ago on my own. And because I didn’t have investors in those early days that I had to listen to or appease, I was able to build the company faster,” said Jon Oringer, founder and CEO of Shutterstock.

Unlike many tech entrepreneurs today, Oringer started with only a few thousand dollars. He bought a camera and rented a tiny office space in New York.

Shutterstock is now a billion dollar business that provides licensed high-quality images, videos, and music to customers all around the world.

Oringer, a computer programmer by training, initially sold software programs. He never expected to launch a stock photography business until he discovered the need for licensable images at affordable prices. Companies like Getty Images are geared toward news agencies and expensive for smaller businesses and individual users.

It’s the people who are willing to take risks who emerge on the other side.
— Jon Oringer, Shutterstock

He had no background in photography, but he started learning by wandering the streets of New York with his camera. He took over 30,000 pictures in his first year, posted them on Shutterstock’s website, and made them available via subscription. That is how he created the first online subscription image marketplace in the world.

Figuring It Out on Your Own

“I liked the process of figuring it on my own with the help of some very smart and talented people I hired to help me. It made it really exciting,” he said.

He learned every side of the business. He was not only the company’s first photo contributor but also its first programmer.

“I experienced firsthand both the triumphs and frustrations that went with shooting in public places and seeing what you came back with. I had to learn both sides of the marketplace because I was fully invested with my own money in my own success,” he told.

Unlike many tech companies, Shutterstock has a proven track record of delivering revenue growth, profitability, and strong cash flow.

Unlike many tech companies, Shutterstock has a proven track record of delivering revenue growth, profitability, and strong cash flow from even its early days. It has grown by more than 30 percent annually for the last five years and has more than $200 million in cash on its balance sheet.

With strong sales growth and continued expansion, Shutterstock moved its headquarters from Lower Manhattan to the Empire State Building in 2014. The company currently employs more than 700 people in its New York headquarters and in 11 other offices around the world.

The company manages a two-sided marketplace model where contributors upload photos that customers can download with a set pricing model. Shutterstock has built a library of 90 million images and 4 million video clips, from more than 100,000 contributors.

It serves over 1.4 million active customers in 150 countries, including marketing, creative, production, and communications professionals.

Nobody else has been able to build a business the size of ours and plenty have tried and failed.
— Jon Oringer, Shutterstock

The market for stock images has become more competitive in recent years as more image suppliers entered the market. Some experts believe the barrier to entry in the business is very low, which creates a challenge for major players like Shutterstock, Getty Images, Adobe, and Corbis.

However, the barriers to scale are immense.

“Nobody else has been able to build a business the size of ours and plenty have tried and failed. … To get 90 million images from over 100,000 contributors around the world, with over 800,000 reviewed and added to the platform each week, is not an easy thing to do,” Oringer said.

“I don’t think that there is a lower barrier to entry at all. This is complex, and although not as tough as when I first launched Shutterstock, it is still a mountain to climb.”

“We have always distinguished ourselves by providing the highest quality content, best search experience, and simplest pricing structure. It all adds up to superior value for the customer,” he said.

With the rise of video in all kinds of projects, online and offline, we anticipate that remaining a big area for us going forward.
— Jon Oringer, Shutterstock

After building a strong library of images over many years, the company has turned its attention to innovation and time-saving products.

The company recently launched Shutterstock Editor, a simple and fast way to edit photos, as well as a new computer vision technology that powers both reverse image and visually similar image searches for photos and footage.

“With the rise of video in all kinds of projects, online and offline, we anticipate that remaining a big area for us going forward. And social media is paving the way for more video to continue to turn up in other places,” he said.

Today, Shutterstock generates over 10 percent of its revenue from video and music. The video business is growing faster than the image business. And according to Oringer, film studios have come to rely on stock footage more and more.

Don’t let skeptics get you down.
— Jon Oringer, Shutterstock

“It took me 10 tries to get to Shutterstock. Most of my startups never made it off the ground,” Oringer says on his personal blog.

His story shows the importance of being persistent on one’s road to achieving success. In order to help other entrepreneurs, he frequently shares his experience and tips on his blog.

“Get started. With so many tools and resources at your disposal, there’s no reason not to start working on your big idea right away,” Oringer advises.

“It’s the people who are willing to take risks who emerge on the other side. Don’t let skeptics get you down. Believe in your big ideas and that you’re the best and only person who can execute on them.”

Epoch Times is a Shutterstock subscriber.