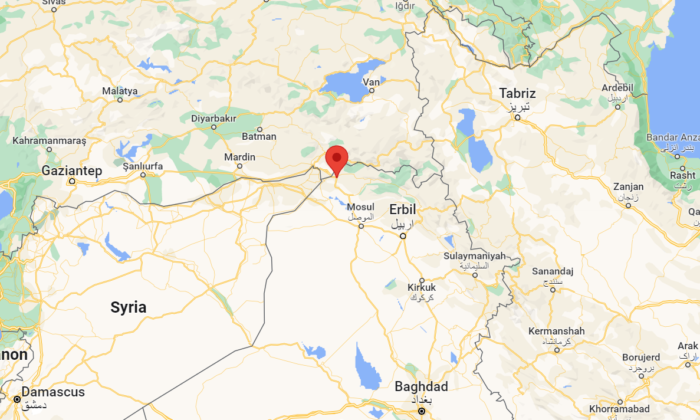 A map shows the location of Zakho district in the semi-autonomous Kurdish-run region, north of Iraq, on July 20, 2022. (Google Maps)
Middle East

At least four missiles struck the resort area of Barakh in the Zakho district in the semi-autonomous Kurdish-run region, district mayor Mushir Mohammed told The Associated Press. All the casualties were Iraqi citizens.

Hundreds of Iraqi tourists come to the Kurdish region from the south during the peak summer months because the weather is relatively cooler. The touristic sites in Zakho is nearby military bases set up by Turkey.

Prime Minister Mustafa al-Kadhimi dispatched a delegation to the area lead by Foreign Minister Fuad Hussein and ordered an investigation into the incident.

Turkey regularly carries out airstrikes into northern Iraq and has sent commandos to support its offensives targeting elements of the outlawed Kurdistan Worker’s Party or PKK.

Wednesday’s attack marked the first time that tourists had been killed in the frequent attacks by Turkey in the area, the officials said.

In April, Turkey launched its latest offensive, named Operation Claw Lock, in parts of northern Iraq— part of a series of cross-border operations started in 2019 to combat the outlawed PKK who are based in the mountainous regions of northern Iraq.

The PKK, which is listed as a terrorist organization by Turkey, the United States, and the European Union, and has led an insurgency in southeast Turkey since 1984 which has killed tens of thousands of people.

Ankara has pressed Baghdad to root out PKK elements from the northern region. Iraq, in turn, has said Turkey’s ongoing attacks are in breach of its sovereignty.