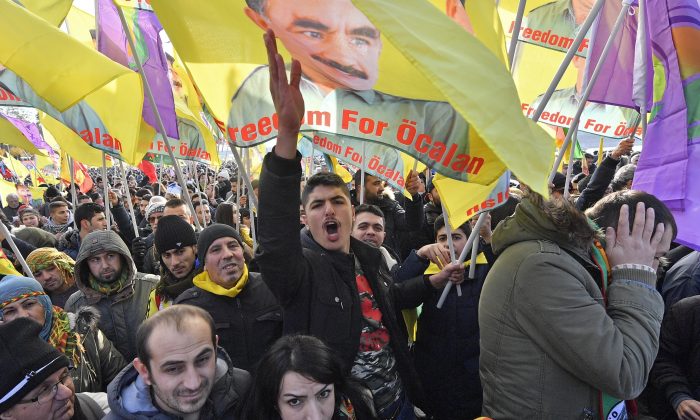 The organizations were told about the government decision Friday evening, when police raided their offices and collected their records.

The Interior Ministry said 153 of the organizations had alleged ties to the Gulen network, 190 to the outlawed Kurdistan Workers’ Party, eight to the ISIS terrorist group and 19 to the banned far-left Revolutionary People’s Liberation Army-Front, or DHKP-C.

Lawyers at the left-wing People’s Law Bureau resisted the raid, and their door was broken down by armed special forces who cleared the offices, detained four lawyers and changed the office’s locks. The four were released Saturday morning.

The Progressive Lawyers’ Association, which was also shut down, said it was not subject to such an order due to legislation protecting lawyers. Nergis Aslan, general secretary for the group, told The Associated Press the Turkish government gave no explanation for the move.

EU, Turkey Challenge Each Other to Decide on Membership Bid

“There is serious suppression against any form of oppositional organization, association or any sort of group. We were expecting it,” she said.

Turkey has come under intense criticism from opposition groups and its allies over its crackdown on dissenting voices during the state of emergency declared after the July 15 coup. Close to 37,000 people have been arrested, more than 100,000 people dismissed or suspended from government jobs, and 170 media outlets and scores of businesses and associations have been shut down over alleged ties to terrorist organizations.

Critics note that the purge, initially meant to eliminate the Gulen network that the government accuses of staging the coup, has since been extended to other opponents of the government, including pro-Kurdish and left-wing individuals.

Mehmet Onur Yilmaz of children’s rights organization Gundem Cocuk told the AP they weren’t given a reason either for their shutdown but noted that his group had filed annual reports on child abuse, warning the government of its shortcomings.

In the German city of Cologne, 20,000 protesters marched Saturday against Turkish President Recep Tayyip Erdogan and his government’s crackdown on dissent.