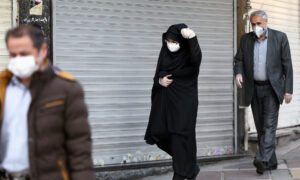 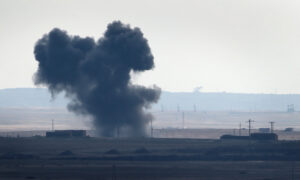 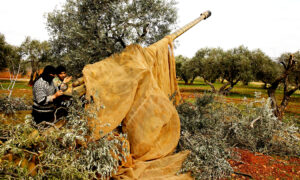 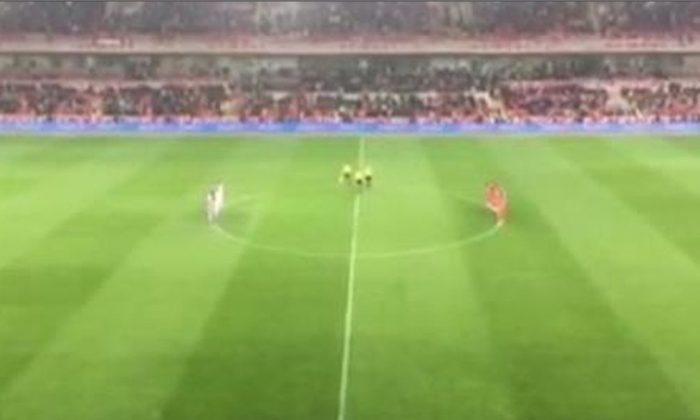 Turkish fans at a Greece-Turkey match apparently chanted “Allahu Akbar” during a moment of silence for the victims in the terrorist attacks last Friday in Paris, according to CBS News. The teams haven’t played each other for eight years.

“Allahu Akbar” is a Islamic phrase.

But during Tuesday’s friendly match in Istanbul, fans booed and hissed during the moment. According to Turkish publication Today’s Zaman, some shouted, “Martyrs never die, the country will never be divided.” That’s a slogan used by Turkish nationalists against the Kurdish.

Spectators also booed during the singing of the Greek national anthem before the match.

And Fatih Terim, the coach of the team, criticized the fans: “If they do the same thing during our national anthem, what will you do? What is happening to us [the Turkish people]?”

“Where did this whistling come from? We are holding a minute of silence for dead people. Can you [spectators] not be patient for just a minute? This does not suit us at all,” he added.

“Our fans should have behaved during the national anthems and during the one minute silence,” he said, and added: “Greece is our neighbour. Today is world neighbours day, but our fans didn’t behave like neighbours in this match.”

The incident drew widespread condemnation outside of Turkey. “Turks do not care about the Paris attacks,” Greece’s Protathlitis daily wrote in an editorial.

However, it’s not the first time that Turkish fans booed a moment of silence. Fans at a football match on Oct. 13 in Konya booed the silence for the victims of the Oct. 10 Ankara bombings, which left 102 people dead and 500 injured. Some fans also chanted, “Allahu Akbar.”