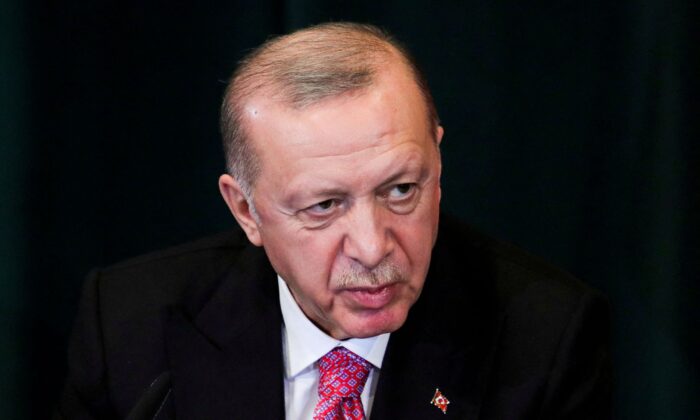 The annual inflation rate in Turkey jumped to its highest level in over two decades in May alongside a falling lira, according to official data released by the Turkish Statistical Institute (TUIK).

The measure of inflation, Consumer Price Index (CPI), grew by 73.5 percent in May from a year back, a June 3 press release from TUIK stated. This is the highest rate in Turkish history since October 1998 when inflation reached 76.6 percent.

On a monthly basis, May inflation grew by 2.98 percent. Compared to the general CPI, lower annual price changes were observed in eight main categories of goods and services while higher changes were seen in four main groups.

“The lowest annual increase was 19.81 percent in communication. Education with 27.48 percent, clothing and footwear with 29.80 percent, and health with 37.74 percent, were the other main groups where low annual increases realized,” the release stated.

“On the other hand, transportation with 107.62 percent, food and non-alcoholic beverages with 91.63 percent, and furnishings and household equipment with 82.08 percent were the main groups where high annual increases realized.”

Housing, water, electricity, gas, etc. saw a 63.51 percent increase in May. Hotels, cafes, and restaurants saw an inflation rate of 76.83 percent while recreation and culture registered a price growth of 54.12 percent.

Inflation has been surging in Turkey since last autumn when the lira declined following the central bank imposing a 500-basis point easing cycle as required by President Tayyip Erdogan. Lira is trading at its lowest level since December. It had declined 44 percent in 2022 and is down by 20 percent this year.

On the ground, soaring inflation has been a hard challenge for numerous Turkish citizens, like Tuba Canpolat, a former healthcare worker living in Istanbul. She is now forced to buy fewer nappies for her child and even changes them less often.

“I receive what we call unemployment benefits in Turkey but it is such a low number that it doesn’t even meet my baby’s monthly diaper needs,” she told the BBC.

The trade deficit in May widened 157 percent year-on-year to $10.7 billion, largely due to energy imports. Finance Minister Nureddin Nebati is predicting inflation to fall to single digits by next year’s election. However, the central bank only expects single-digit inflation by the end of 2024.

Speaking to Reuters, economist Arda Tunca said, “it is not possible for Turkey, which has gone beyond the rules of the economic doctrine, to solve its key problem of high inflation with its current policies.”