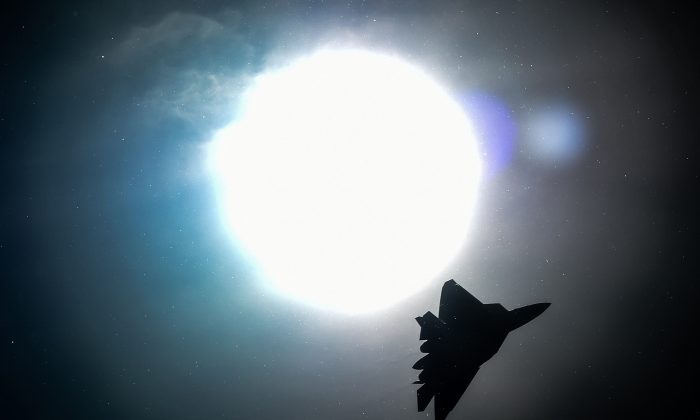 A Russian Sukhoi T-50 jet fighter performs during the MAKS-2015, the International Aviation and Space Show, in Zhukovsky, outside Moscow, on Aug. 25, 2015. (Kirill Kudryavtsev/AFP/Getty Images)
Europe

Turkish warplanes have abruptly “ceased violating” Greece’s airspace after a Russian Sukhoi Su-24 bomber was shot down near the Syria-Turkey border, a report said.

A report from Russian state-run news agency RIA Novosti, via RT, said new data from a diplomatic source in Greece said the last time Turkish warplanes were spotted inside Greek airspace was Nov. 25. At that time, six jets–with two carrying weapons–entered the country.

In 2014, Turkey violated Greek airspace more than 2,000 times, a sharp increase over previous years. Turkey and Greece dispute the sovereignty of islands in the Aegean Sea along with other territorial waters and national airspace, reported The Week. From the start of 2015 until October, military authorities said 1,443 airspace violations were committed by Turkish planes.

A diplomatic source, who was not named, told RIA that after the Russian bomber was shot down, “there was zero activity of Turkish aviation in Greek FIR in the Aegean Sea, and it is understandable why.”

Both countries are partners in NATO, but the two nations have been at odds with one another for centuries.

According to RIA Novosti, the Greek government has raised complaints about Turkish air incursions at NATO meetings.

“Athens agrees with the Russian president’s assessment on Ankara’s hostile actions, which are contrary to the goals of the anti-ISIS coalition,” the Russian Foreign Ministry said, according to by RIA Novosti. Greece “especially comprehends provocative moves by Turkey given regular multiple violations of Greek air space by Ankara lasting for years,” the agency said.

On Sunday, Turkey recovered the body of a pilot who died when the plane was shot down. Lt. Col. Oleg Peshkov’s body was recovered by Turkish authorities at the Syrian border, and it was flown from the border to to the capital of Ankara, the BBC reported.