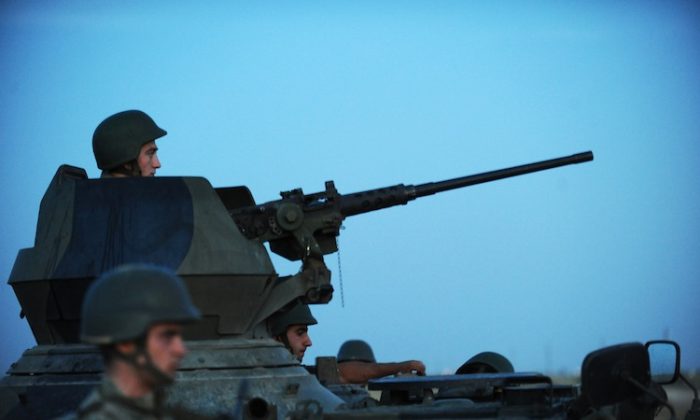 Another Syrian shell fell on the Turkish border town of Akcakale—the same town where five people were killed last week in a similar incident—prompting Turkey to fire on targets in Syria for a fifth consecutive day.

Turkey began a strike against targets inside Syria on Sunday immediately after the mortar hit, reported Saudi Arabia-based Al Arabiya television, citing local news agencies. There were no reports of deaths or injuries.

Last week, the fatal shelling prompted Turkey to hit Syrian targets, the first time another country has directly attacked Syria since the violence erupted more than 18 months ago.

The Turkish Parliament on Thursday authorized potentially sending troops across the border into Syria. Turkey’s Prime Minister, Recep Tayyip Erdogan, said the country does not want to go to war with Syria, but is trying to secure its border areas.

Over the weekend, Syrian rebels took over several areas in the northern border area near Turkey, according to the London-based Syria Observatory for Human Rights.

The group said that at least 70 Syrians, half of which are civilians, were killed in the violence on Sunday. Some 30,000 people have been killed since the violence began in March 2011, according to activists, while the United Nations has said that 18,000 have died.