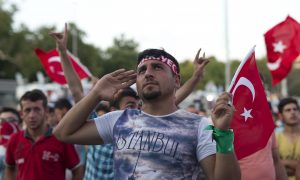 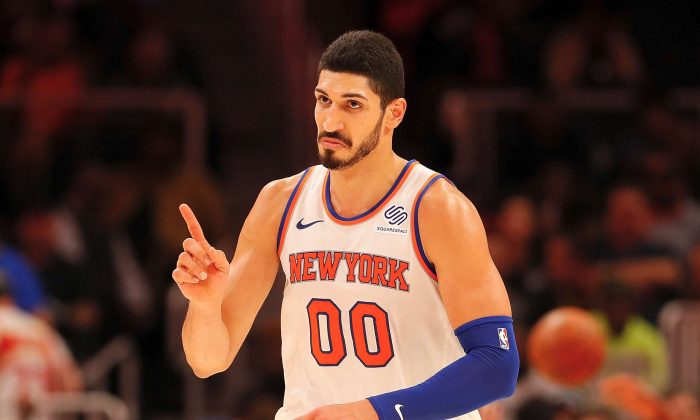 Turkish prosecutors are seeking the arrest and extradition of New York Knicks player Enes Kanter, saying he has links to a U.S.-based cleric who was accused of organizing an attempted coup in 2016.

Kanter was contacted repeatedly by people associated with Islamic preacher Fethullah Gulen, who is blamed for the failed coup in July 2016. Gulen has denied the claim.

The NBA player has also been a vocal critic of Turkish President Recep Tayyip Erdogan, and was charged last year by a Turkish court over his alleged membership of an “armed terrorist group.”

Prosecutors are seeking to issue a “red notice” for Kanter, which requires Interpol to locate him and provisionally arrest him for potential extradition, according to state news agency Anadolu. The agency said the extradition request incorporates Kanter’s comments made on social media about Gulen. Kanter has often publicly declared his support for the Islamic cleric.

Kanter wrote on Twitter that he’s done nothing wrong.

“The Turkish Government can NOT present any single piece of evidence of my wrongdoing,” he said. “I don’t even have a parking ticket in the U.S. (True). I have always been a law-abiding resident.”

He later added, “The only thing I terrorize is the rim.”

Turkey has previously declared Kanter a fugitive for his support of Gulen and revoked his passport, an action that meant he was denied entry to Romania in 2017.

Earlier this month, Kanter refused to go to London for a game with his NBA team because he feared he might be assassinated for criticizing Erdogan. He has called the Turkish leader “the Hitler of our century.”

Kanter told the BBC at the time, “The Turkish government is obsessed with me. I speak out against Erdogan, and so I don’t feel safe.”

He added: “I’m getting more death threats, hundreds in the last few days. But I won’t stop being outspoken; I want the whole world to know what’s going on in Turkey.

Sam Dekker, a player for the Washington Wizards, who are the Knicks’ opponent in London, told Reuters, “If it’s for his own safety, I don’t want to see a guy get harmed. Hopefully, it will get worked out with him, but it’s a tough situation. It’s never a good thing to see a guy not playing for personal reasons.”

Since the attempted coup, about 77,000 people have been jailed in a crackdown on alleged supporters of Gulen.