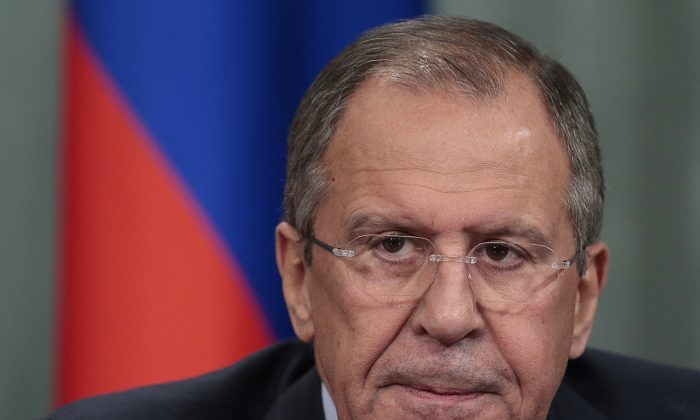 The Turkish and Russian foreign ministers are scheduled to meet on the sidelines of an Organization for Security and Cooperation meeting in the Serbian capital Belgrade on Thursday, Turkey’s Foreign Ministry said.

The meeting would be the first between senior Turkish officials since Turkey downed a Russian plane near its border with Syria last week, touching off a crisis between the two countries that had previously enjoyed warm ties and developed close economic ties.

Russia has responded by deploying long-range air defense missiles at its air base in Syria and slamming Turkey with an array of economic sanctions.

Since the incident Russian officials have also accused Turkey of involvement in an illicit oil trade with the Islamic State group _ an accusation Turkey denies.

Turkish Prime Minister Ahmet Davutoglu hit back at the Russian accusations on Thursday, saying the claims were reminiscent of “lies” produced by the “Cold War-era Soviet propaganda machine.”

Erdogan has pledged to step down if Moscow proves its accusations.

Davutoglu told reporters that Turkey aimed to increase its energy cooperation with Azerbaijan but stressed these efforts were independent of the spat with Russia.

Davutoglu also renewed an accusation that Russian operations in Syria were hampering efforts to clear Turkey’s border of IS militants.