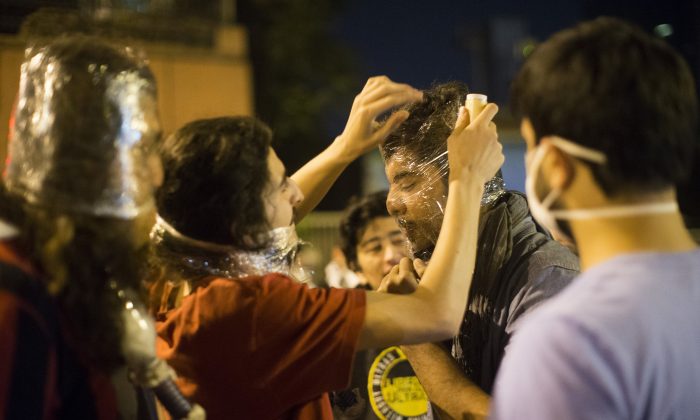 Protestors cover their faces with plastic during clashes with Turkish police near Turkish prime minister Recep Tayyip Erdogan office, between Taksim and Besiktas, early morning on June 4, 2013 in Istanbul, Turkey. The protests began initially over the fate of Taksim Gezi Park, one of the last significant green spaces in the center of the city. The heavy-handed viewed response of the police, Prime Minister Recep Tayyip Erdogan and his government's increasingly authoritarian agenda has broadened the rage of the clashes. (Uriel Sinai/Getty Images)
Middle East

Images that show the situation in Istanbul, Turkey, where protests have been going on and off since May 31.

Kerry: US ‘Concerned’ About Possible ‘Excessive use of force’ in Turkey

‘Istanbul in Complete Chaos’ After Clashes Between Police and Protesters