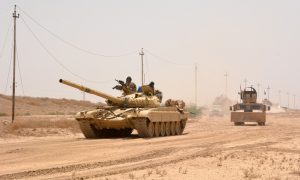 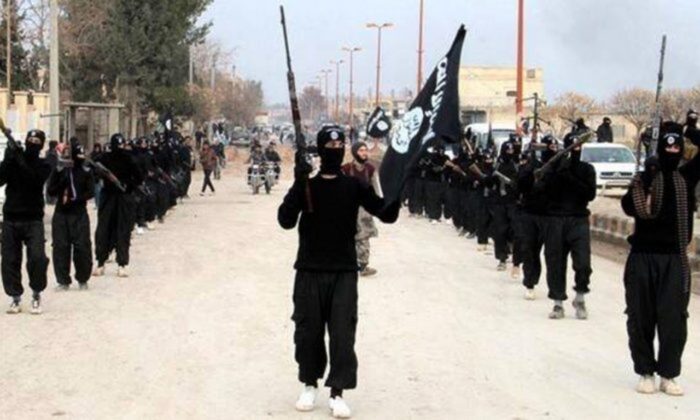 Turkey Deporting ISIS Terrorists Back to US and Europe

Turkey began repatriating members of the ISIS terrorist group to their countries of origin on Nov. 11, with the terrorists involved including citizens of the United States, Denmark, and Germany.

Turkish President Recep Tayyip Erdogan threatened this week to send detained ISIS terrorists back to Europe, as Turkish frustrations grow over recent European Union decisions to sanction the country for continuing to drill for oil and gas in areas of the Mediterranean close to the disputed island of Cyprus.

Notorious #ISIS recruiter Tooba Gondal (Umm Muthanna al-Britaniyah), British resident and French national, to be returned to #France by #Turkey with her two children. Gondal is subject to an exclusion order issued by the @ukhomeoffice in Nov 2018 (@CAT_Centre information) pic.twitter.com/YqazIEPioK

Erdogan said that Turkey, a key NATO ally in the region, would continue to repatriate foreign ISIS terrorists to their home countries—even if those countries refuse to accept them.

“You should revise your stance toward Turkey, which at the moment holds so many IS members in prison and at the same time controls those in Syria,” Erdogan told reporters. “These gates will open and these IS members who have started to be sent to you will continue to be sent. Then you can take care of your own problem.”

However, a number of EU states, including the UK, have stripped the citizenship of individuals who became ISIS terrorists. This practice has created a number of terrorists who are effectively stateless, creating a further headache for Ankara.

Erdogan’s comments came after the EU imposed sanctions on Turkey—including travel bans and the freezing of assets belonging to companies involved in drilling near Cyprus—after Turkish drilling boats escorted by gunships began exploration operations this summer in waters where Cyprus, an EU member, has exclusive drilling rights. Turkey, however, doesn’t recognize Cyprus as a nation and claims a large portion of its exclusive economic zone (which includes coastal waters and the seabed) as belonging to Turkey.

Erdogan will arrive in Washington on Nov. 13 for a “working visit” at the invitation of President Donald Trump. His call for countries to take back any citizens of their own who traveled to Syria and Iraq to join ISIS echoes that of Trump, who insisted in September that the United States will not take in vast numbers of ISIS terrorists.

“I want the countries to take back the captured ISIS fighters,” Trump told reporters. “The United States is not going to have thousands and thousands of people that we’ve captured stationed at Guantánamo Bay, held captive at Guantánamo Bay for the next 50 years and us spending billions and billions of dollars.”

Turkey has recently increased efforts to have captured foreign fighters returned to their countries of origin, insisting that Turkey isn’t a “hotel” for ISIS terrorists and criticizing Western nations for not doing enough to deal with their citizens who had turned to terrorism. Turkey plans to deport seven more German nationals, 11 French citizens, and two Irish nationals with strong links to ISIS. The wives and children of such terrorists also face repatriation, creating a further integration headache for the nations of origin.

Turkey has repeatedly stressed its role in the defeat of ISIS, recently reporting that it has carried out thousands of operations, arrested more than 4,500 suspects, and “neutralized” more than 1,000 terrorists. Approximately 1,200 ISIS prisoners are currently in Turkish prisons.