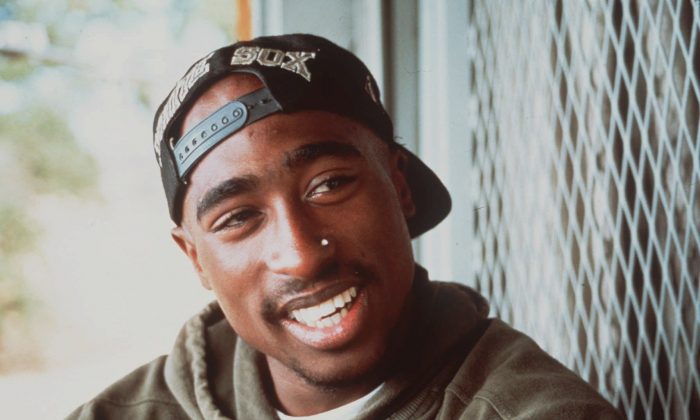 Tupac Shakur died 18 years ago on Sept. 13 after he was shot in Las Vegas.

Fans were remembering the rapper’s life and music on Saturday on Twitter.

But some were tweeting and reposting hoax articles that say he’s “come out of hiding” after 18 years.

That false rumor originated on satire site Huzlers.com, which posted an article last month about Tupac emerging, and it included a Photoshopped picture of him and Beyonce.

The fake article says: “Tupac Shakur who was supposedly killed at the age of 25 is now admitting he has been hiding this whole time. It was Shakur who in 1996 was reportedly attending a special event in Las Vegas, the Mike Tyson-Benson fight, and then afterwards was brutally murdered. A day or so later he is autopsied, then quickly cremated. There is no funeral.”

However, Huzlers.com includes a disclaimer at the bottom of each page.

“Huzlers.com is a combination of real shocking news and satirical entertainment to keep its visitors in a state of disbelief,” it says.

The police officer who was the last person to hear Tupac speak recently recalled the night on Sept. 7, 1996.

“He looked at me, and he took a breath to get the words out, and he opened his mouth,” the officer said. “And then the words came out: ‘F— you.'”

“I grab the car door and I’m trying to open it, but I can’t get it open,” Chris Carroll, who was a retired sergeant with the Las Vegas Metropolitan Police Department, said, reported CNN. “[Suge Knight] keeps coming up on my back, so I’m pointing my gun at him. I’m pointing it at the car. I’m yelling, ‘You guys lay down! And you, get the f— away from me!’ And every time I’d point the gun at him, he’d back off and even lift his hands up, like ‘All right! All right!’ So I’d go back to the car, and here he comes again. I’m like, ‘——, back off!’ This guy is huge, and the whole time he’s running around at the scene, he’s gushing blood from his head. Gushing blood! I mean the guy had clearly been hit in the head, but he had all his faculties. I couldn’t believe he was running around and doing what he was doing, yelling back and forth.”